We have been developing the tenth anniversary monopost FSE.X since August 2020. After a completely canceled season of contact races in the last covid year, we want to show the world what we can do and what we often work on day and night. In August, the trip took us to the races in Barcelona, ​​where the FS Spain races took place at the Circuit de Catalunya. 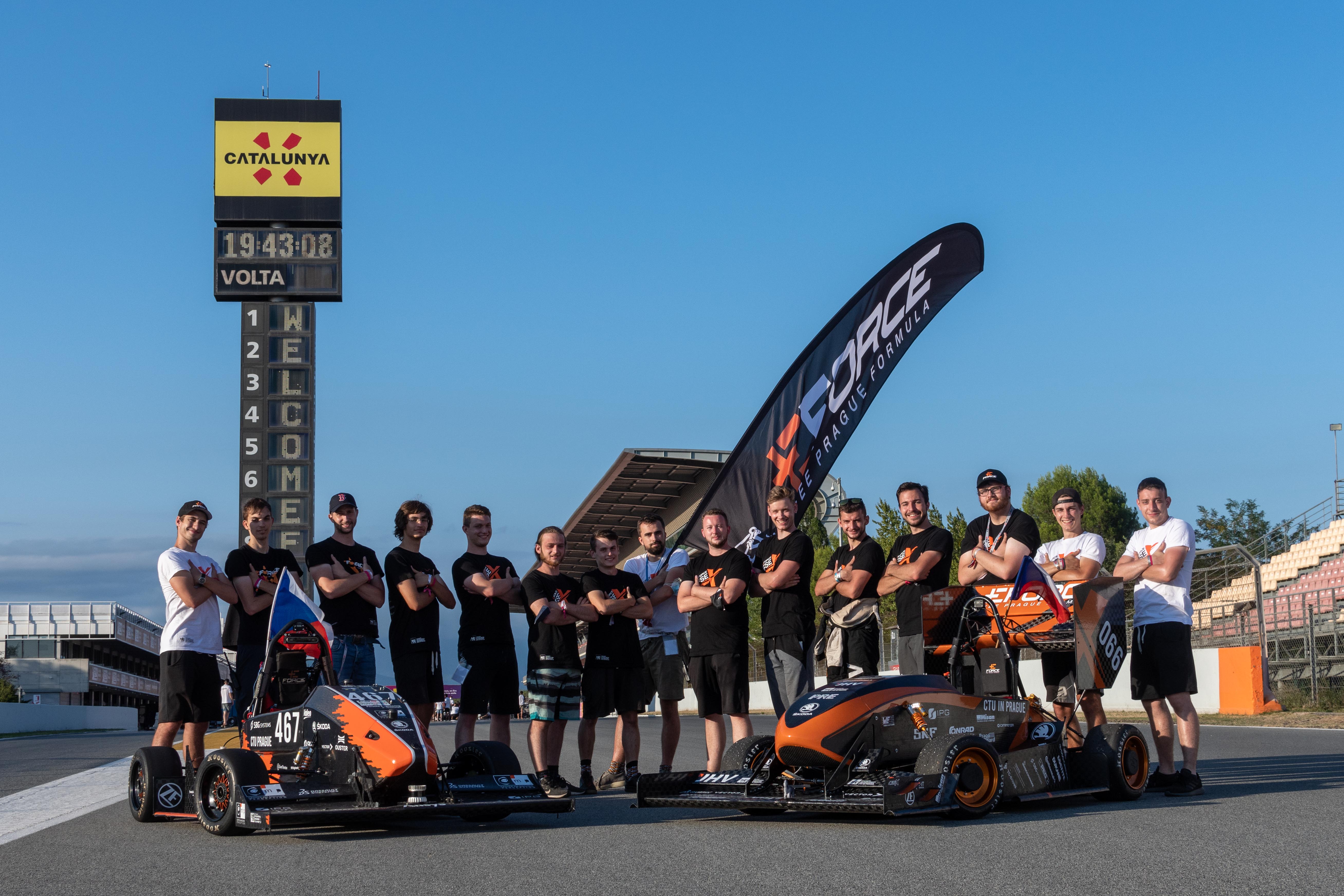 After more than 24 hours, we got to the place without any problems and started preparing for technical inspections. We were very surprised by this year's chaotic organization of the races, resulting mainly from the insufficient number of volunteers. We didn't get to the inspections until the next day in the evening. However, we immediately managed to go through Pre-scruteneering, battery acceptance and parts of the mechanical control. On the third day, we completed the mechanics and resumed the electrical inspection at the same pace. Unfortunately, the path to the iconic evening acceleration was stopped by the penultimate test - the Rain test, when moisture entered the high-voltage circuit and the car's safety systems had to stop. After inspection and thorough sealing, we met this challenge, but unfortunately there was no time left to test the function of the brakes and thus the potential participation in acceleration. However, we completed the last test, the Brake test, on the fourth morning. However, when we brought the formula to the second Skid-pad discipline after setting the formula for the test track, the organizers closed it earlier, to everyone's surprise for unknown reasons. The protests were in vain. Explaining to the organizers that due to their unpreparedness we had 3 hours less time for the inspections compared to other teams and compared to the official schedule, it unfortunately did not make sense. However, it was still time to do something about the overall results. Our pilots got along very well with the car from the very beginning, the two most scored dynamic disciplines were waiting for us and we knew that we can also rely on more than solid results in static disciplines, which took place online this year. In our long-term strong Business Plan discipline, we finished 19th out of 6 participating teams and lost only ten points in full. In the Cost Report, this year we are trying to come up with original solutions for cost studies and refine all calculations. According to the first responses, we are also well on our way and we were pleased with 81,1 points out of 100. Engineering design was the first experience for most of the participants and we didn't get lost at all. Despite the impossibility of participating in one of the subcategories, we reached 120 from the potential 90 points and received a lot of constructive feedback. The knowledge that quality statics can not only support the team, but can also be the difference between the podium and the placement in the depths of the starting field, is another motivation for us to continue working tirelessly on them. 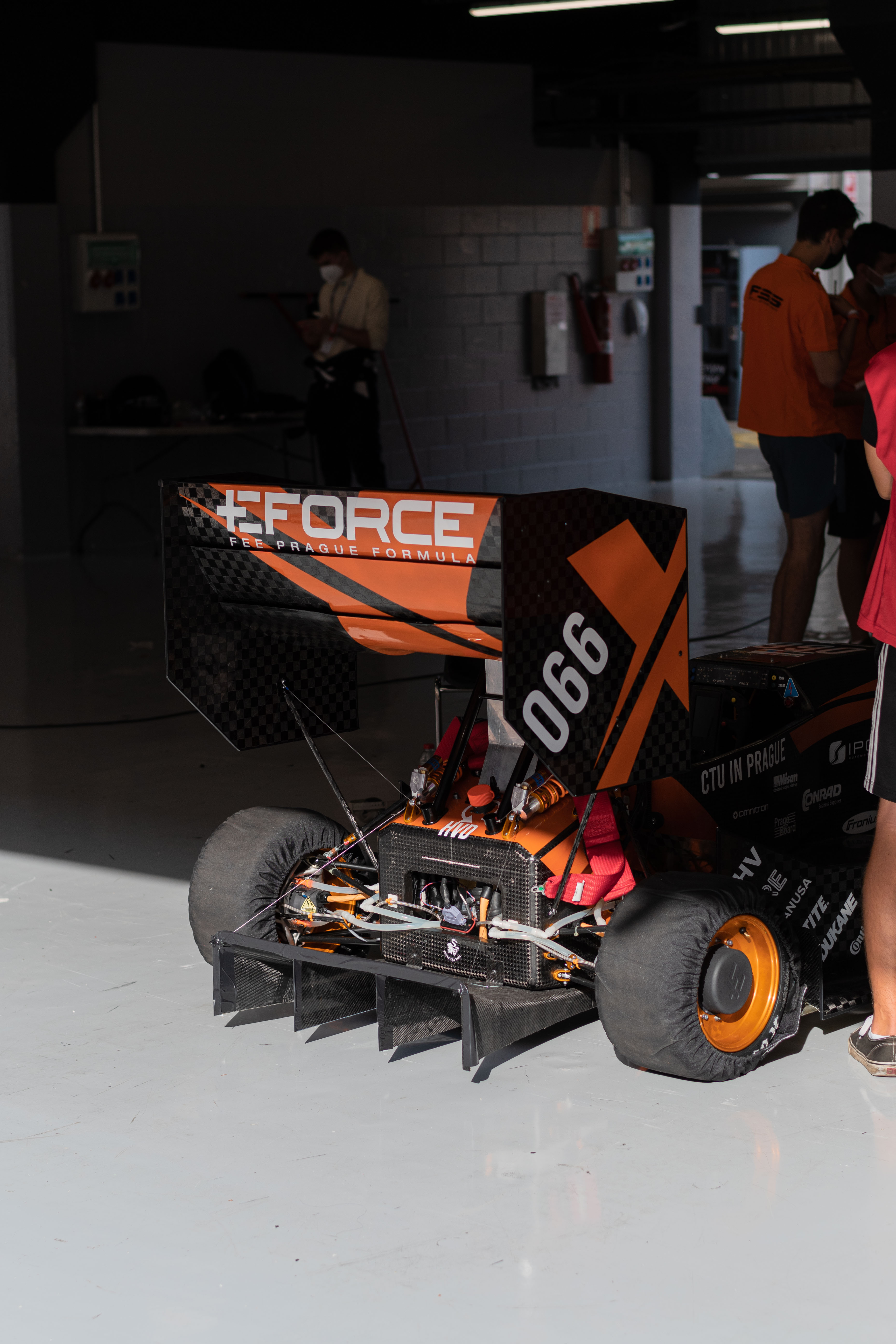 We fit ourselves into the penultimate discipline of Autocross in the role of a black horse. Curiosity and expectation of what our orange beast would show was felt not only in our country, but also from both rivals and organizers. And it worked! With a final time of 66,636 and a clean ride without knocks, we beat the second team by almost 1,5 seconds and showed our claws for the first time. Unfortunately, the right front engine terminated our service after the performance. We will now subject it to a detailed inspection in the workshop in Prague, but for the endurance race we relied only on rear-wheel drive. The first pilot, Captain Josef Med, started at a reasonable pace, aware of the importance of completing the race. But he trusted himself with a monopost. Despite the higher rear-wheel oversteer under the gas and to ensure a range of limited power to 28 kW, he began to overtake his opponents and build a lead over the nearest competitors. The second pilot, Kuba Sedlář, continued the performances with gusto and imaginaryly engaged an even higher gear. We gave the second team almost 23 seconds in a race of about 100 minutes and we won the royal discipline Endurance. 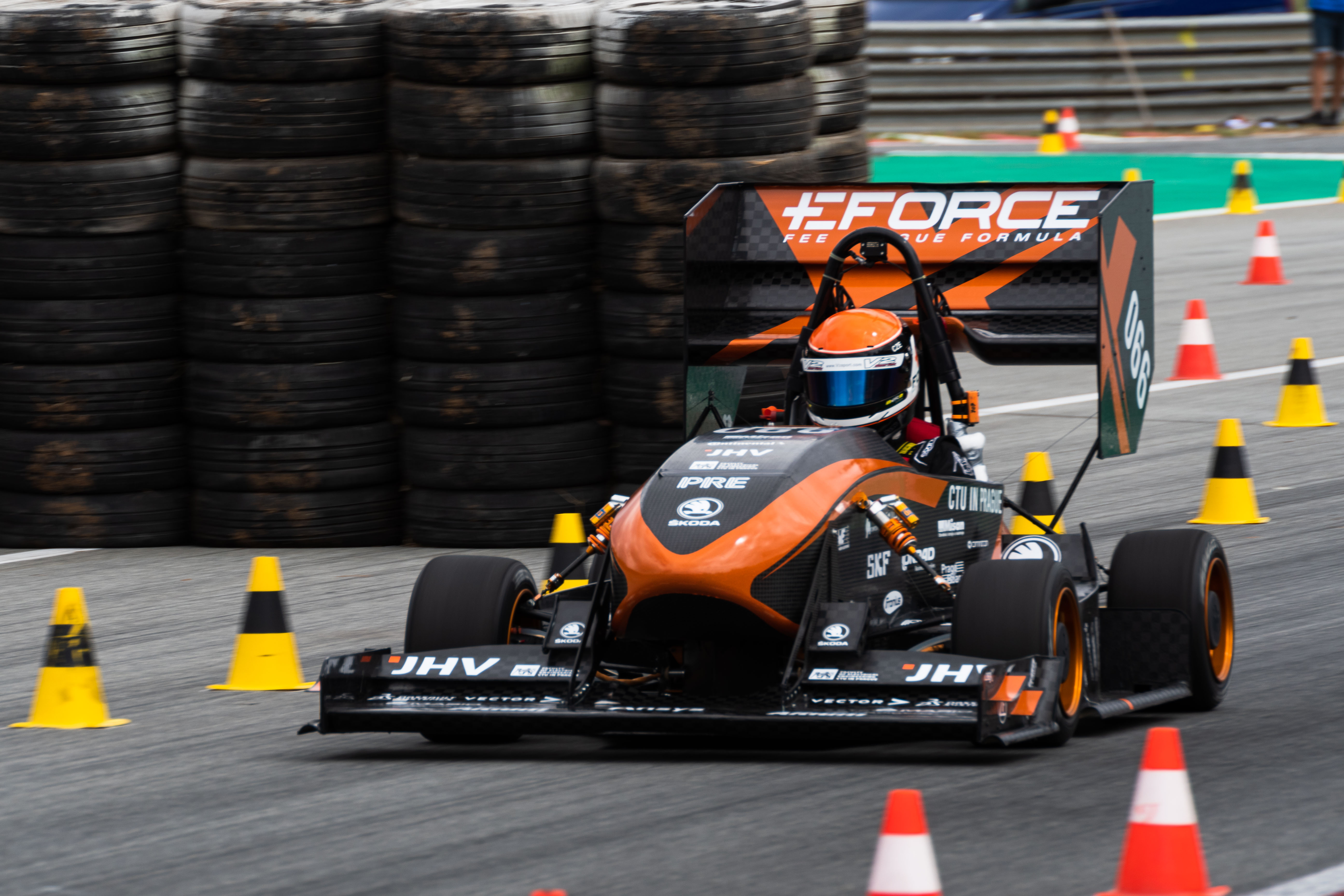 Although we were aware of our own potential, we honestly did not even hope for such a result. This is the biggest success of the team in the last few years, but we remain on our feet, the formula still has a lot of things to catch. We will try to prepare everything as best we can for the most prestigious races in Germany, which are starting in a week, in which we are participating for the first time. And again with both monoposts.

We thank all the supporters for their unwavering faith that we should be even better.