eForce at the races in Most in full force

eForce at the races in Most in full force

The second races, in which both formulas took part this time together, took place on home ground at Polygon in Most. We brought the driverless formula here straight from Italy. The electric formula stopped at the workshop for a basic post-race service on the way from Switzerland.

We spent Tuesday mainly preparing the pits and the campsite, and we also passed the initial inspection. During it, it is checked whether the formulas have everything they need for the races. We passed this inspection without any problems and the autonomous formula managed to pass the battery inspection that same day.

Wednesday was a very demanding day for both teams, in addition to the electrical handovers, we also had all the static disciplines waiting for us, which are three in total: Business Plan, Cost Report, Engineering Design Event. However, thanks to the good performances of all team members, we managed this exhausting day with flying colours. After the static disciplines, the autonomous formula managed to pass the mechanical, electrical and autonomous inspection and was thus almost ready to race.

On Thursday, we set off with the autonomous formula to complete the remaining tests, namely the Rain Test and the Brake Test, which is done twice in the autonomous category – first with the pilot and then the emergency brake is also tested in autonomous mode. Immediately after that, she followed for the autonomous formula Acceleration and Autocross and she managed to win both of these disciplines. However, a great racing day was interrupted by heavy rain, and after the rain, our single-seater did not do so well. We did not manage to set the car correctly for the other two disciplines (Skidpad, Trackdrive) and in the end we did not have time to complete these dynamics. Meanwhile, the piloted formula completed mechanical and both electrical inspections. Even that evening, we managed to participate in the prestigious final in the Engineering Desing discipline with the piloted formula. The defense of our proposal and theoretical knowledge earned us an excellent fourth place. In addition to all this, we managed to mechanically prepare the piloted formula for Friday, which was a big day for it with many dynamic disciplines. On Friday morning, similar to the autonomous formula the day before, the piloted formula first completed the Tilt Test, Rain Test, Brake Test and then went on Acceleration, Skidpad and Autocross. Due to technical problems with the drivetrain, we had to complete these disciplines with only two engines, which strongly affected the dynamic characteristics of the car. Despite this, we managed to achieve very good results - 3rd place in both Acceleration and Skidpad. In addition, we made it to the evening final of the Business Plan. Our idea and presentation impressed potential investors so much that they awarded us first place, second in a row after Switzerland.

On Saturday, the royal discipline awaited us, the one that all members always look forward to - Endurance. This approximately 22 kilometer long race is a true test of student single-seaters. In addition to speed, the reliability and consistency of pilots is also important. They gave everything from themselves and from our car under the pressure of expectations and managed to achieve the overall fastest time. However, due to driving at the edge of their capabilities and sometimes even beyond it, they did not avoid knocking down cones, which is followed by a time penalty. However, second place in the Endurance is wonderful and was a big point gain.

In the evening, at the announcement of the results with the autonomous formula, we celebrated in general third place and with a piloted single-seater even overall second row. The successful 2022 season thus wrote another chapter. After the Czech races, we continue the races in Hungary. But everything will be preceded by a two-week intensive testing of both formulas with the aim of understanding them even more and getting the maximum potential out of them.

Thank you for being our constant support on the road!

Placement in individual disciplines for the EV category (piloted):

Placement in individual disciplines for the Driverless category: 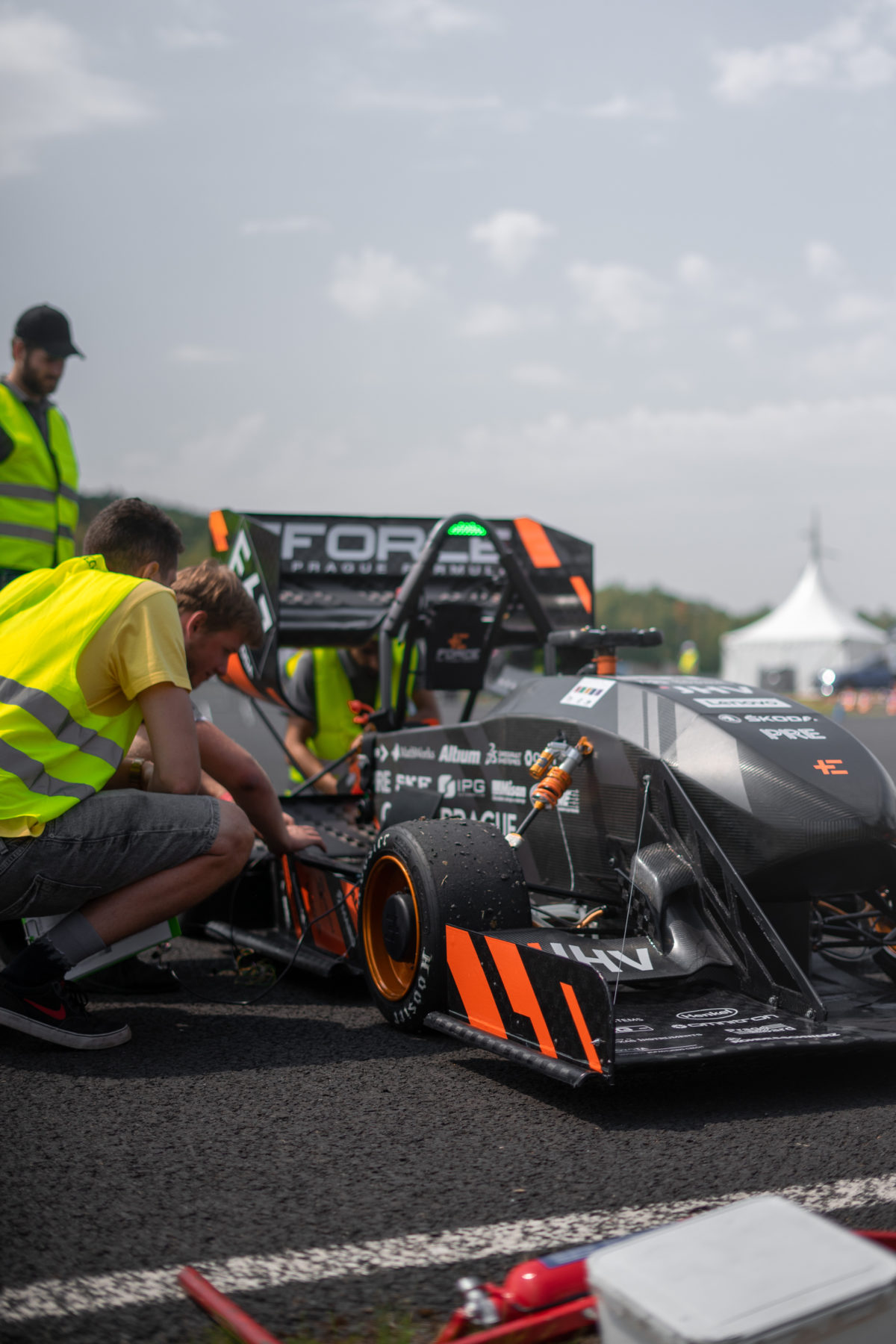