At the beginning, it is necessary to briefly introduce the Baltic Open races. These are traveling races, which are organized every year by the winner of the previous year. The Baltic Open does not follow the same scenario as the official races of the Formula Student series, but only brings its participants dynamic disciplines with an unlimited number of trials and the opportunity to participate with any number of formulas, regardless of the year of production.

This year's event took place, for us in remote Estonia, near the city of Tartu. We started the journey together with FSE.07 and FSE.03 on Tuesday morning so that we would be ready to build a depot on site at Wednesday at 11 am and meet the necessary technical acceptance. The journey, less than 1 kilometers long, lasted 700 hours, when the convoy first had to conquer endless Poland and, with a minimum of highways, Lithuania and Latvia. 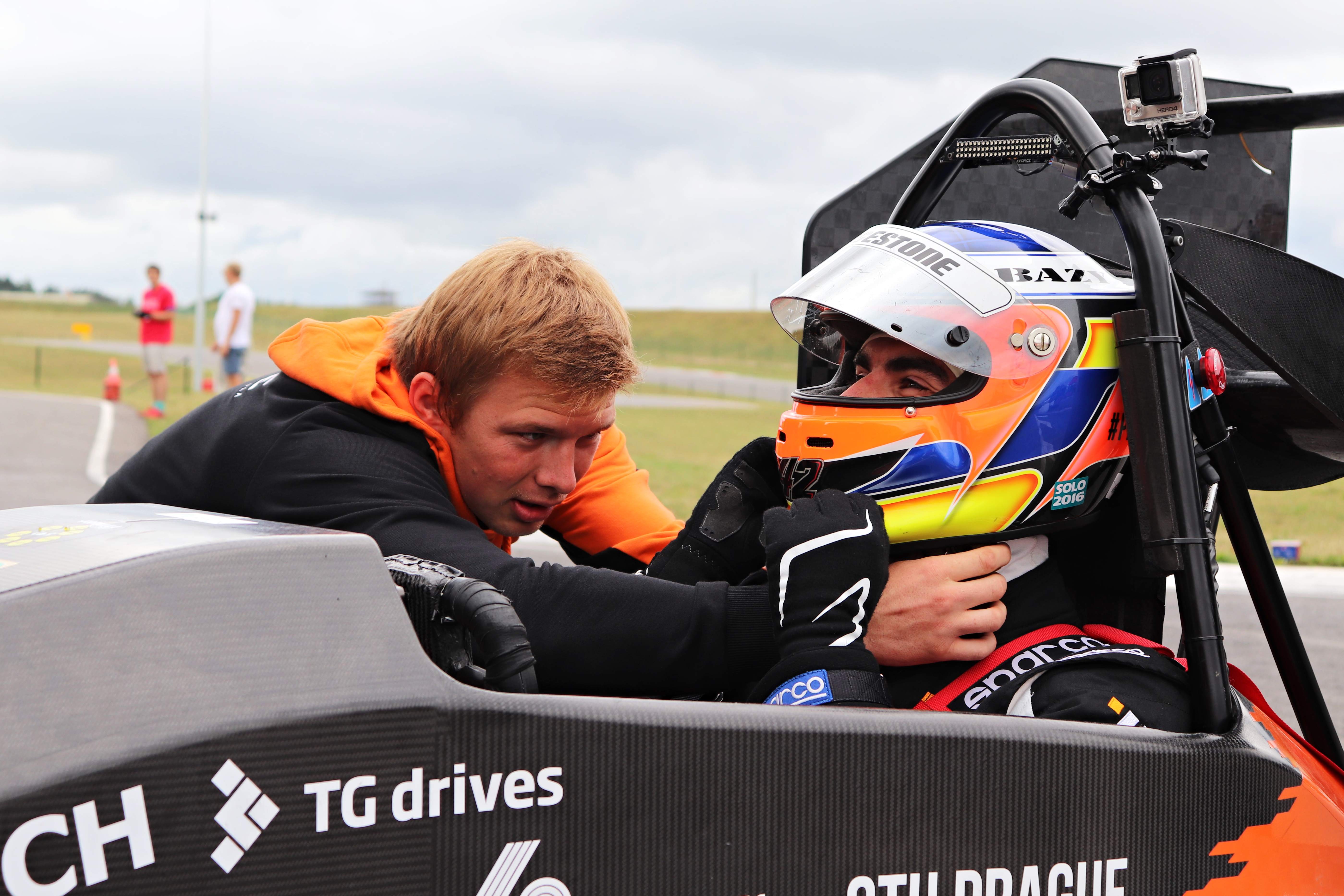 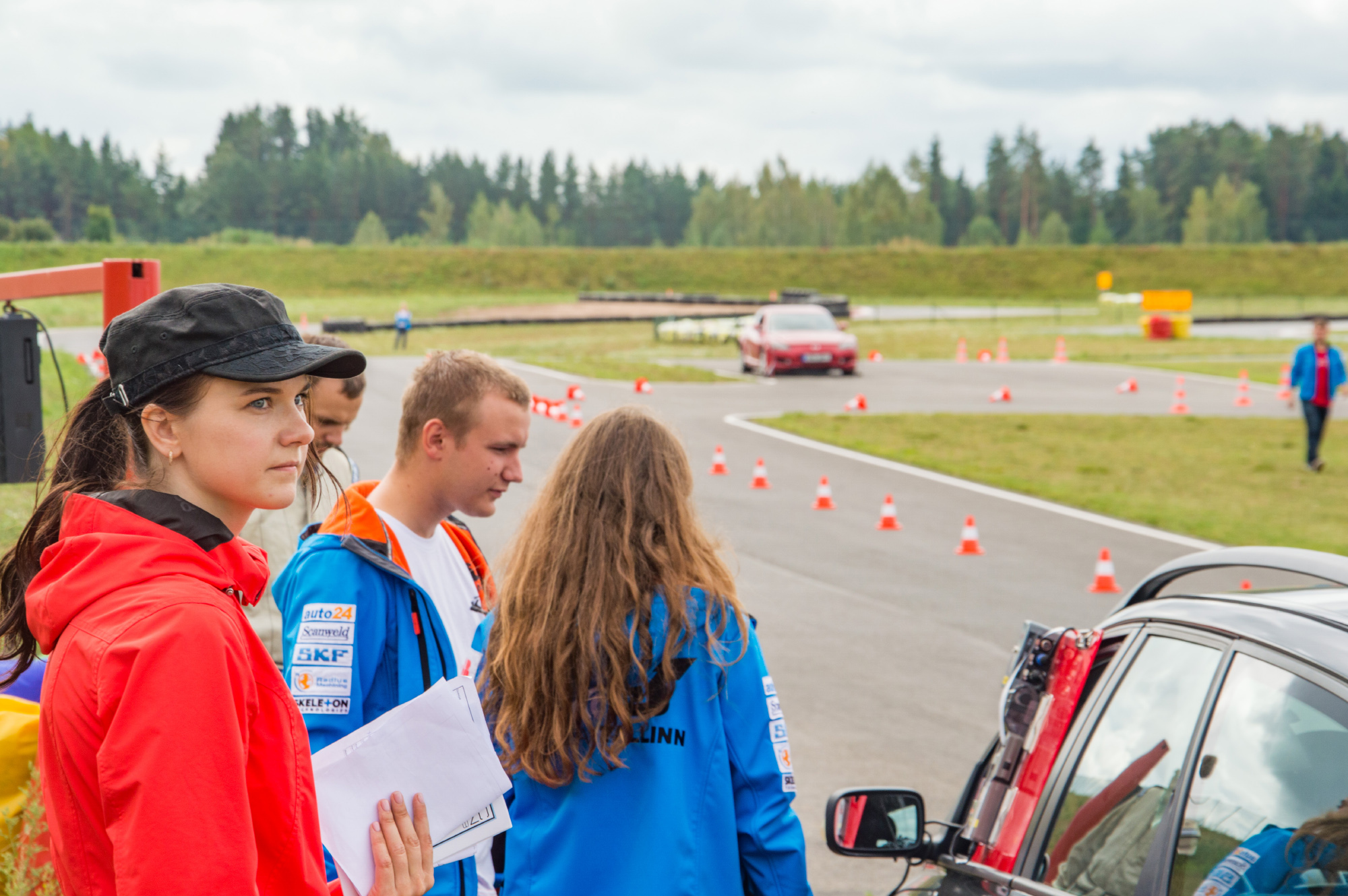 Upon arrival at the Lange Motokeskus circuit, we were amazed by its novelty and modernity. In the parking lot, we built a depot for both of our formulas in a short time and prepared for the technical inspection, which was to take place in Tartu in the interactive science museum. The acceptance on the Baltic (as we call it) consisted mainly in checking all basic and safety requirements and in the Brake Test. We fulfilled both parts with the formulas in record time, not only thanks to quality preparation, but testing of all properties in previous races. After lightning-fast inspections, we set out for another specialty of this event and began to line up for a fun ride through the center of Tartu. Together with formulas from Estonia, Finland, Ukraine, Lithuania and Russia, we completed a short joint ride to a nearby square, where a short presentation was prepared for fans and passers-by. We ended the zero day with a short sitting with the other teams and going to the accommodation, which was prepared in the classrooms of the primary school in Tartu. The official first day was marked by morning acceleration and afternoon superslamlom. Due to the unlimited number of attempts, we chose a strategy where we send our professional pilots on the first 6 attempts and the rest of the team takes turns for the next attempts, as a reward for year-round work. Our team was also divided into a group that competes with FSE.03 and FSE.07.

FSE.07 stood at the start of acceleration right at the beginning and the team managed to get 18 different times during the whole duration. The third time set a record, unfortunately our time was surpassed by the Tallinn formula from 2017 and FSE.07 took 2nd place. FSE.03 had to be recharged in the morning first, so it was possible to run only 7. After lunch, we started with our formulas at the start of the superslalom. This is a Baltic specialty and it is basically a track with endless slalom. In the end, we managed to control the Superslalom with FSE.07 with a time of 31,18 seconds and with a lead of 1,2 seconds we won over this year's formula from Tallinn. FSE.03 also did not do badly and with a time of 38,28 seconds took a great 11th place. In the final evaluation, it is of course necessary to take into account the year of manufacture of the formula, when the latest formulas are naturally expected to be the best. The organizers ended the first day with a go-kart race for all those interested. 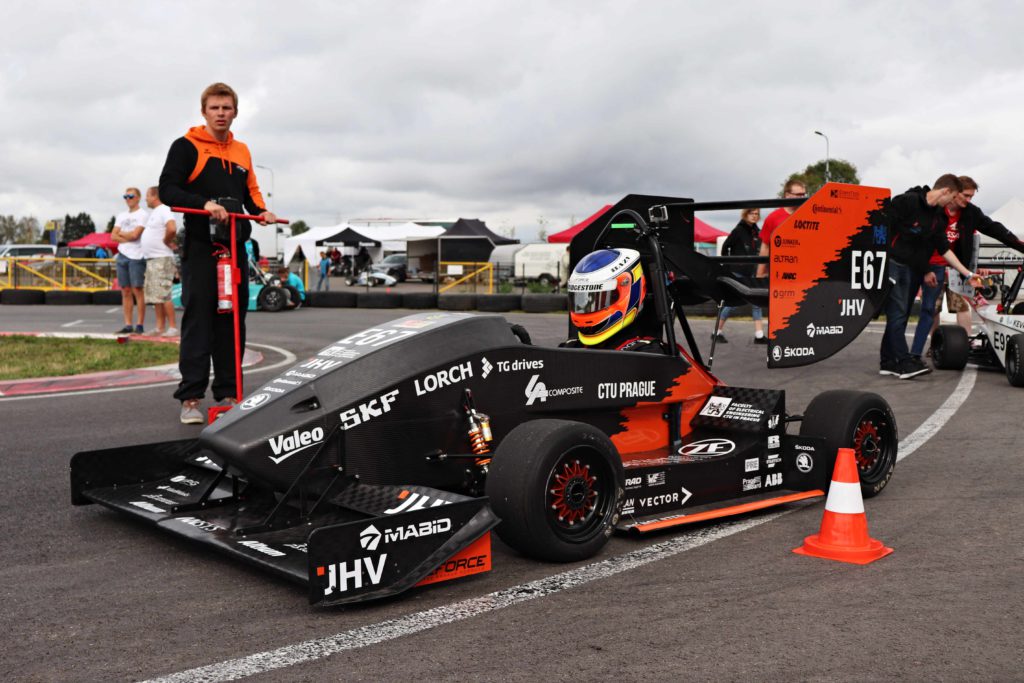 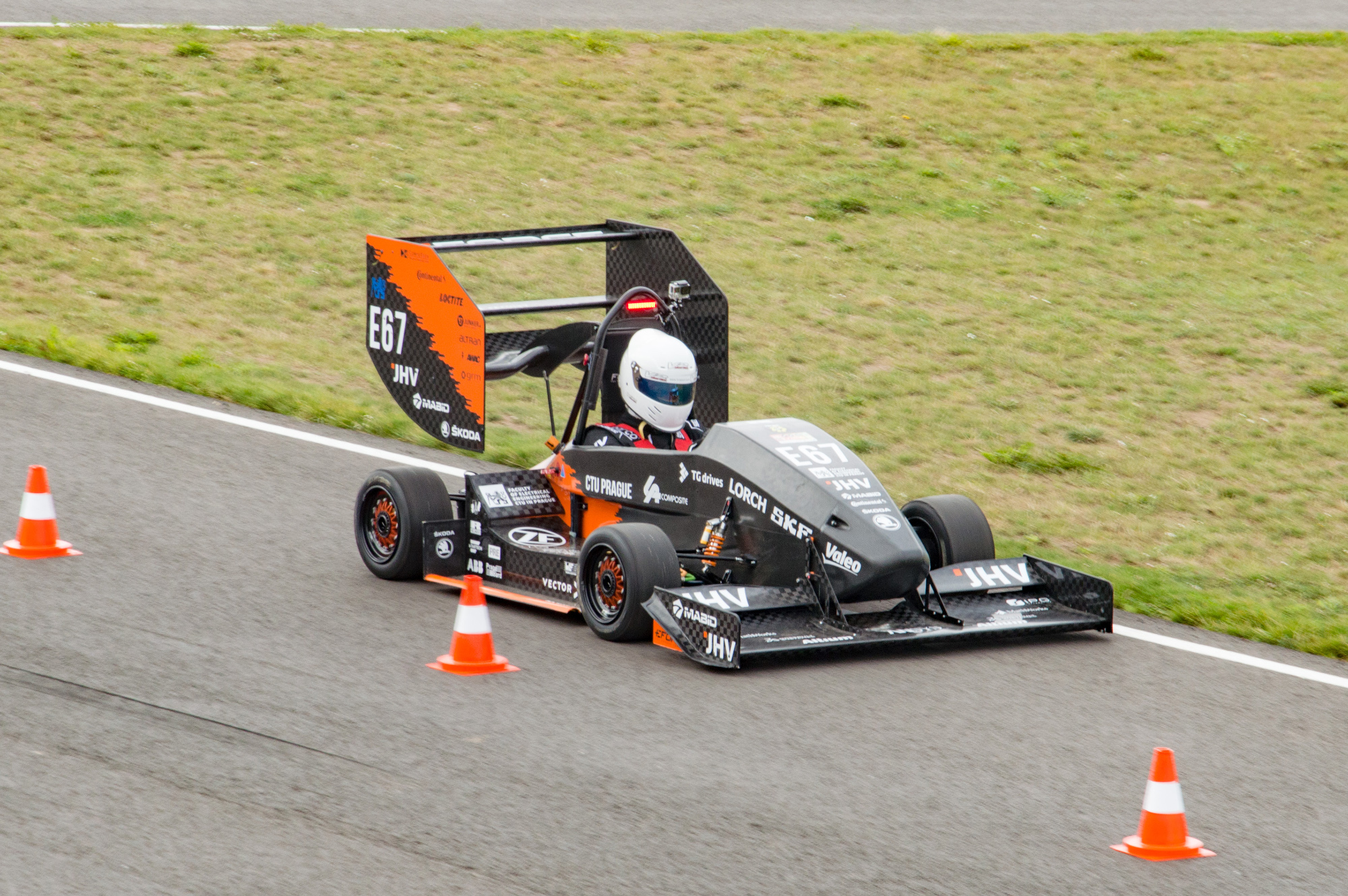 The next day, AutoX was waiting for us. In the morning it was directed by the organizers who prepared the track, in the afternoon the track was invented together by the teams. As in regular races, AutoX was considered an Endurance qualification. In the morning part of the race, we competed with the last Tallinn formula, FEST07, non-negotiable with FSE.18. Despite all the efforts of our best pilot Petr Záruba, we did not manage to win in the end, so we had to settle for 2nd place. This time we set an incredible 14th time. FSE03 managed to drive 10 races and get 10th place.

In the afternoon part of the race, we were waiting for a track directed by teams and the same scenario as in the morning. Petr Záruba fought relentlessly with FSE.07 again with FEST18 and this time only 2nd place had to be enough for us. Unfortunately, the part of the team with FSE.03 did not improve either, as it won 10th place just like in the morning. In the evening, the points were added up and the members of all the teams went to the go-kart again. 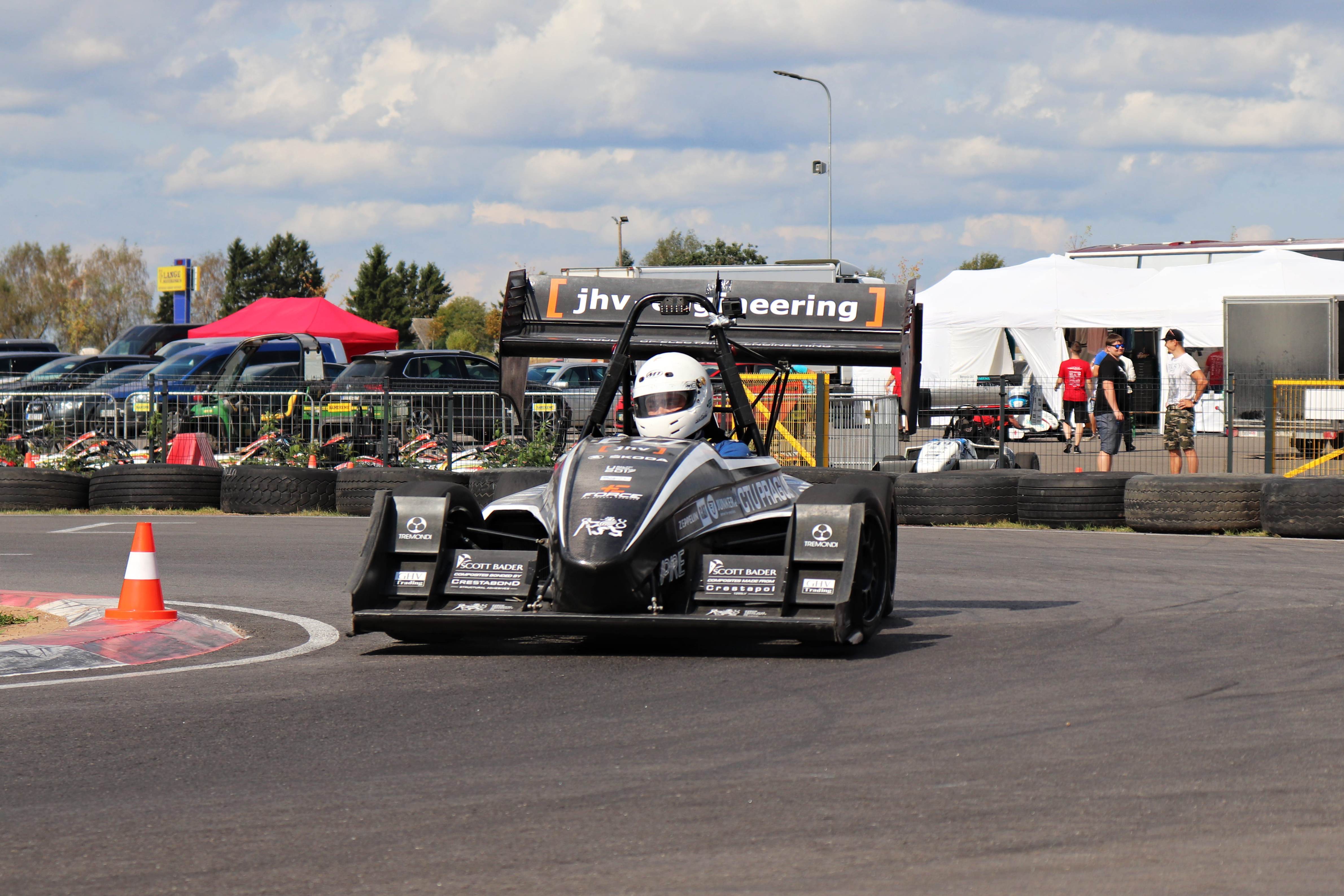 On the last, most anticipated day, we prepared both formulas for the royal discipline, Endurance, right from the morning. Due to the times gained from the previous day, we started with FSE.07 as the second best team and together with FEST18 we competed in the finals. FSE.03 started a little earlier and on the track met the previous Tallinn formula, FEST17 and the first surviving Tallinn formula from 2008, FEST08.

During the FSE.03 race, the whole team met at the track, which gradually encouraged Radek Štěpánek and the ending captain, Honza Kosina, who jointly won the 8th place and left behind the Tallinn formula from 2014. Interestingly, these formulas met in 2014 at the Italian races, where the Estonian formula won and FSE.03 won 2nd place in the overall standings. 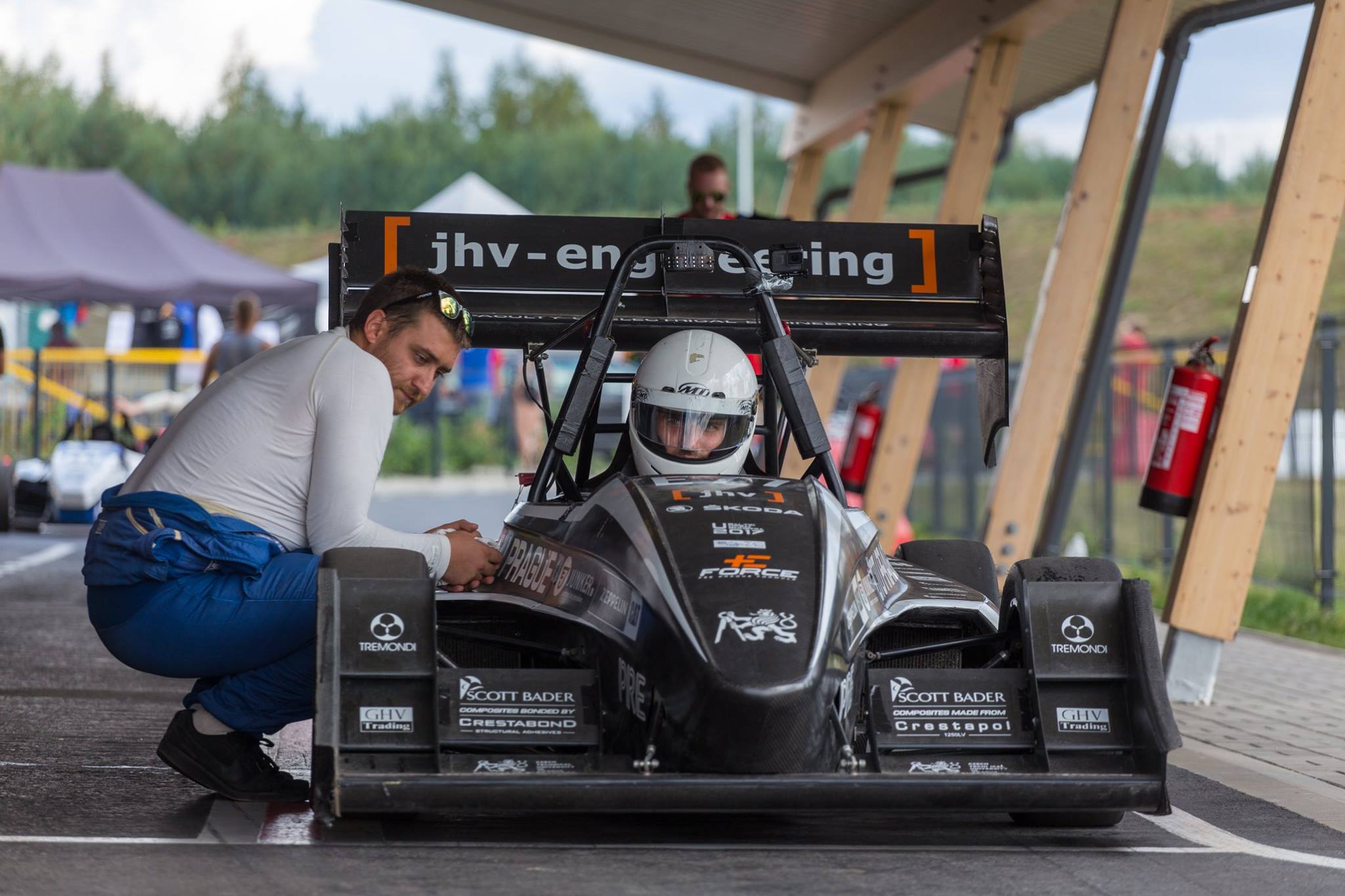 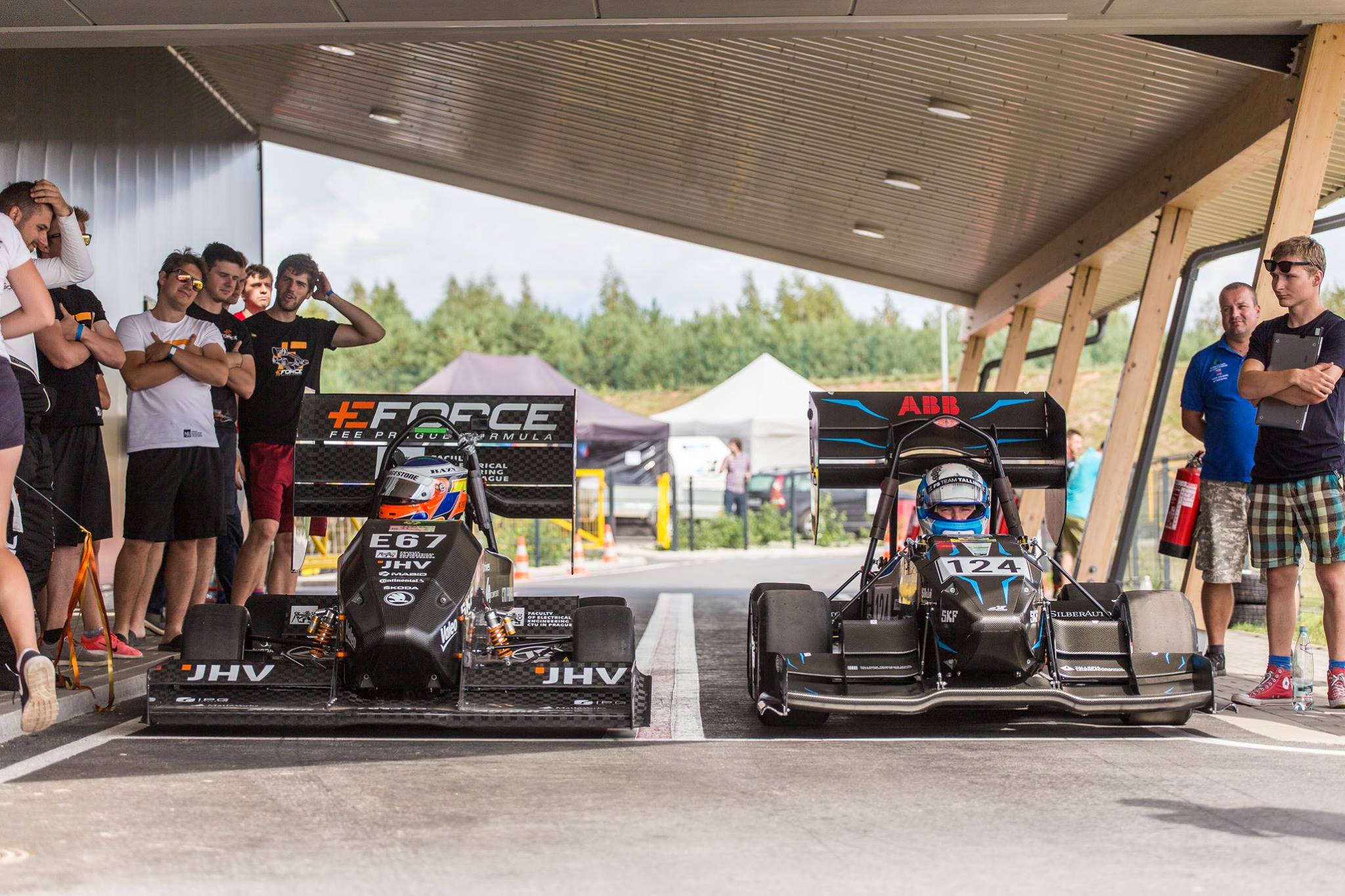 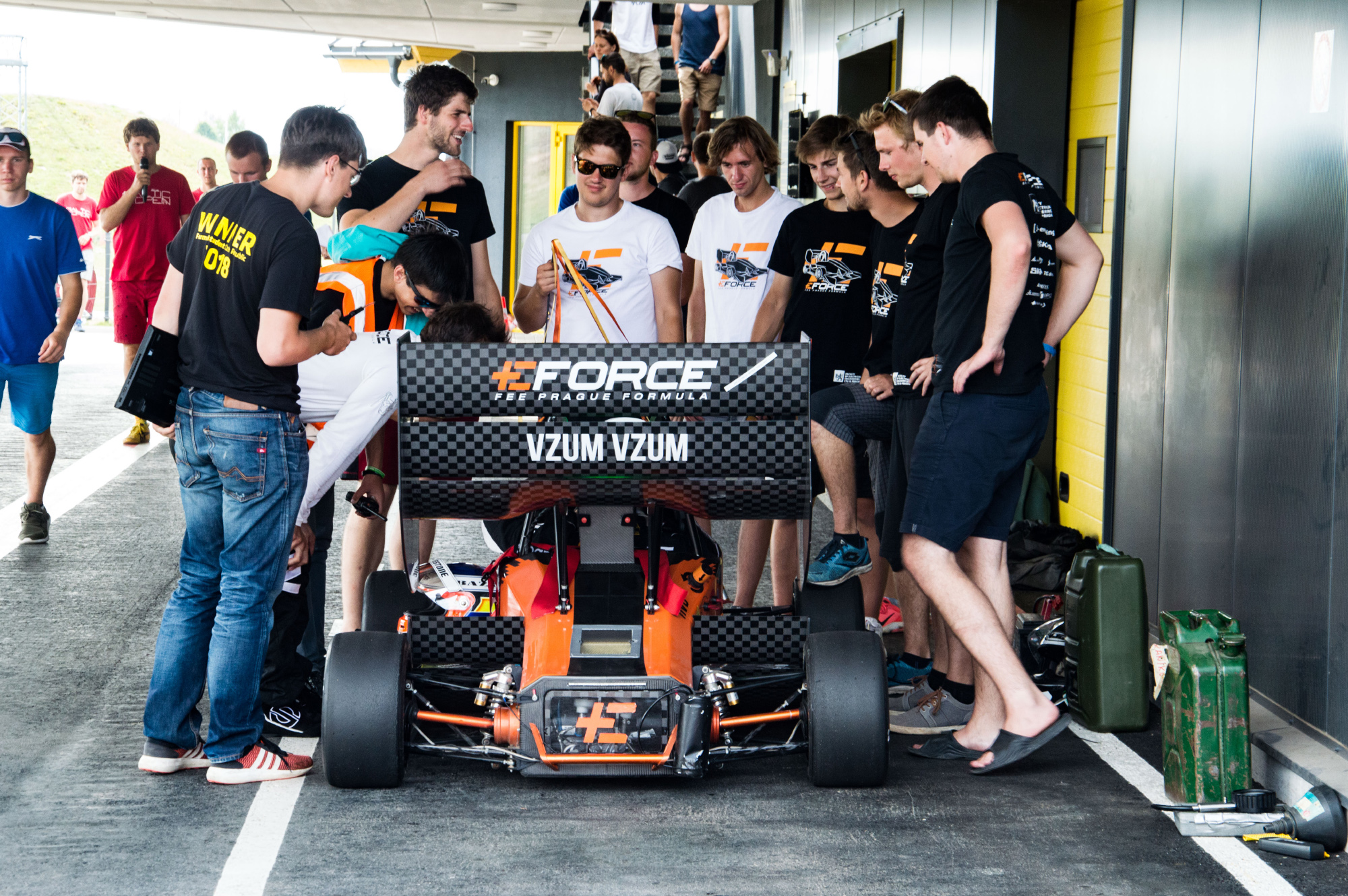 Before the imaginary final, the atmosphere of both participating teams escalated, not only thanks to a 9-point lead for our team. It was clear that it would be all about now. As the 2nd best, we were the first to set off on the track, however, FEST18 also set out in close pursuit and the spectacle could begin. Péťa Záruba was the first to start in the formula and set times between 59 and 60 seconds very consistently. At the moment, the whole eForce team kept their fingers crossed, because the first Estonian pilot did not get under 61 seconds and it was clear to everyone that if FSE.07 crosses the finish line, we will go for victory in the evening. After the first nine rounds full of tension, the pilots were replaced and Marek Lászlo sat in the monopost. On average, he also set better times than the other Estonian pilot. After the second series of 9 laps, FSE.07 really passed the finish line and the whole team could start cheering and hoping before the evening final. 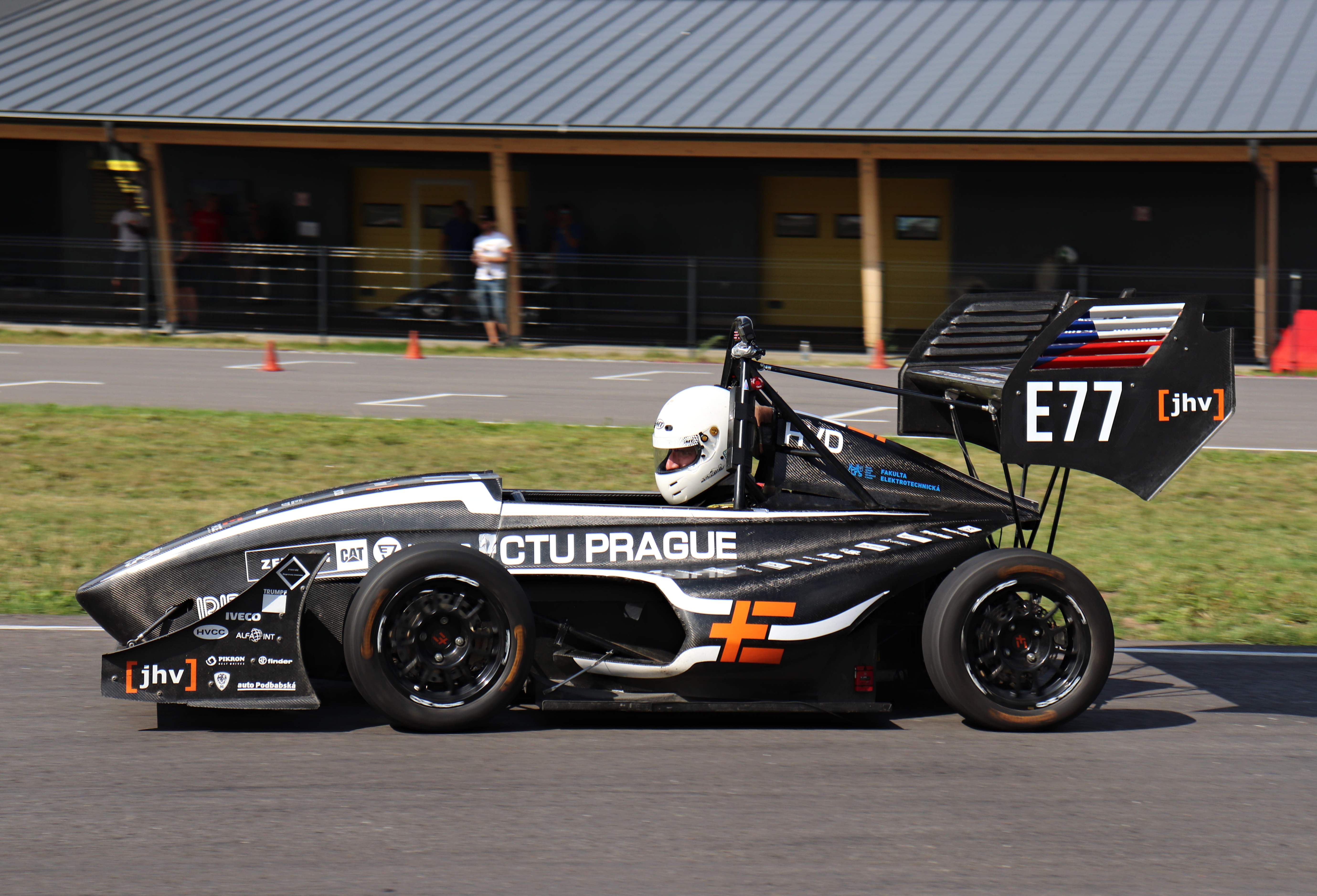 After a quick recharge of both formulas, we went to the track for the last time as part of free rides, when both FSE.07 and FSE.03 could enjoy the rest of the team. Then there was nothing left but to pack up and set out for Tartu for an announcement. Due to the organizers' very sophisticated system of times and points, we knew more or less all the results, however, the joy of the whole team was no less. Together we celebrated a great 10th place FSE.03, but especially the overall 1st place FSE.07. 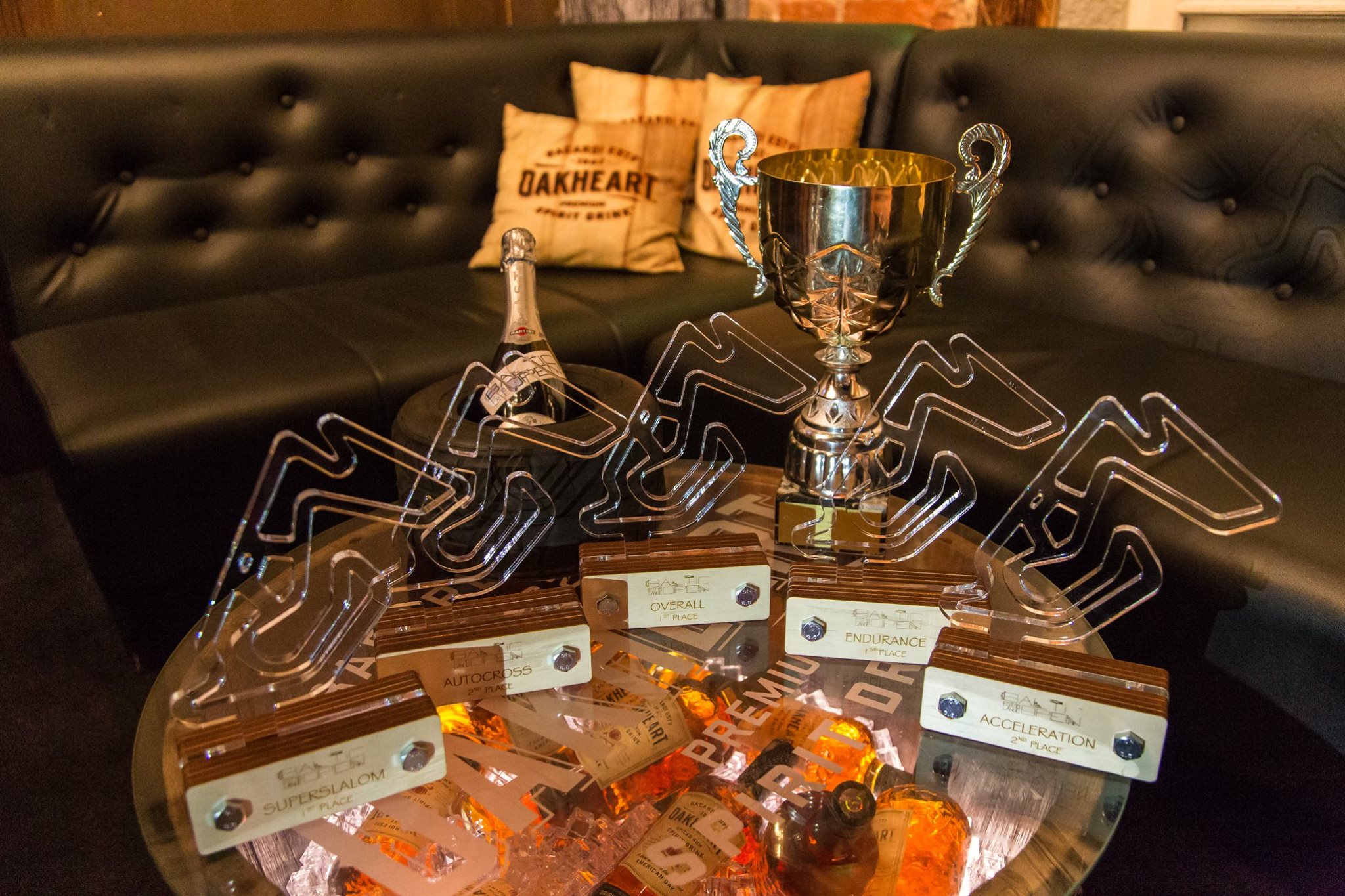 The icing on the cake was not only the traveling cup of the Baltic Open, but especially the promise of organizing the next year in our country in the Czech Republic under the baton of eForce FEE Prague Formula!