The development of the autonomous formula in the team has started in 2019 and continued ever since. A new sub-team of new people took an interest in integrating autonomous steering into the already completed electrical formula. The car concept itself gradually began to materialize from early 2020.

In the summer of 2020, the DV section of our team and the newly built driverless formula were preparing for three international races. In addition to the local FS Czech Republic races, our very own autonomous formula DV.01 was supposed to fight for the best possible position in Spain and Germany. Due to the coronavirus crisis, the organizers of all the races have decided to cancel this year.

In the autumn of 2020, eForce became the first Czech team to present a fully autonomous racing formula, and is still the only Czech team to do so. Therefore, eForce is the only representative from the Czech Republic in the Formula Student Driverless competition. In addition to the propulsion and electronic units already known from the electric monopost, this vehicle is also equipped with other sensors such as stereo cameras or LiDAR which allow it to perceive the surrounding world. 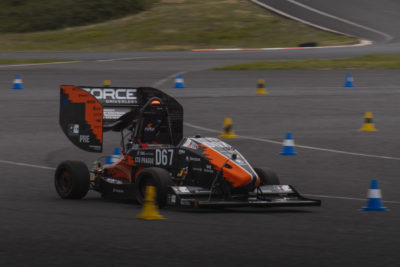 The development of the self-driving single-seater still continues on our first autonomous car DV.01, for which we have not yet reached the limits. This DV.01 (2022) single-seater has undergone changes mainly on the software side. The basis for all improvements this year was the implementation of the SLAM algorithm. This is used to map and locate the formula on the track, which can improve the planning of the formula's trajectory. This year, the team also implemented the generation of a racing trajectory and a speed profile on it. The last area where there were significant improvements was the perception of the surroundings. More accurate and faster detection of cones was made possible by a new neural network that has automatic calibration and at the same time cooperates with the LiDAR detector. 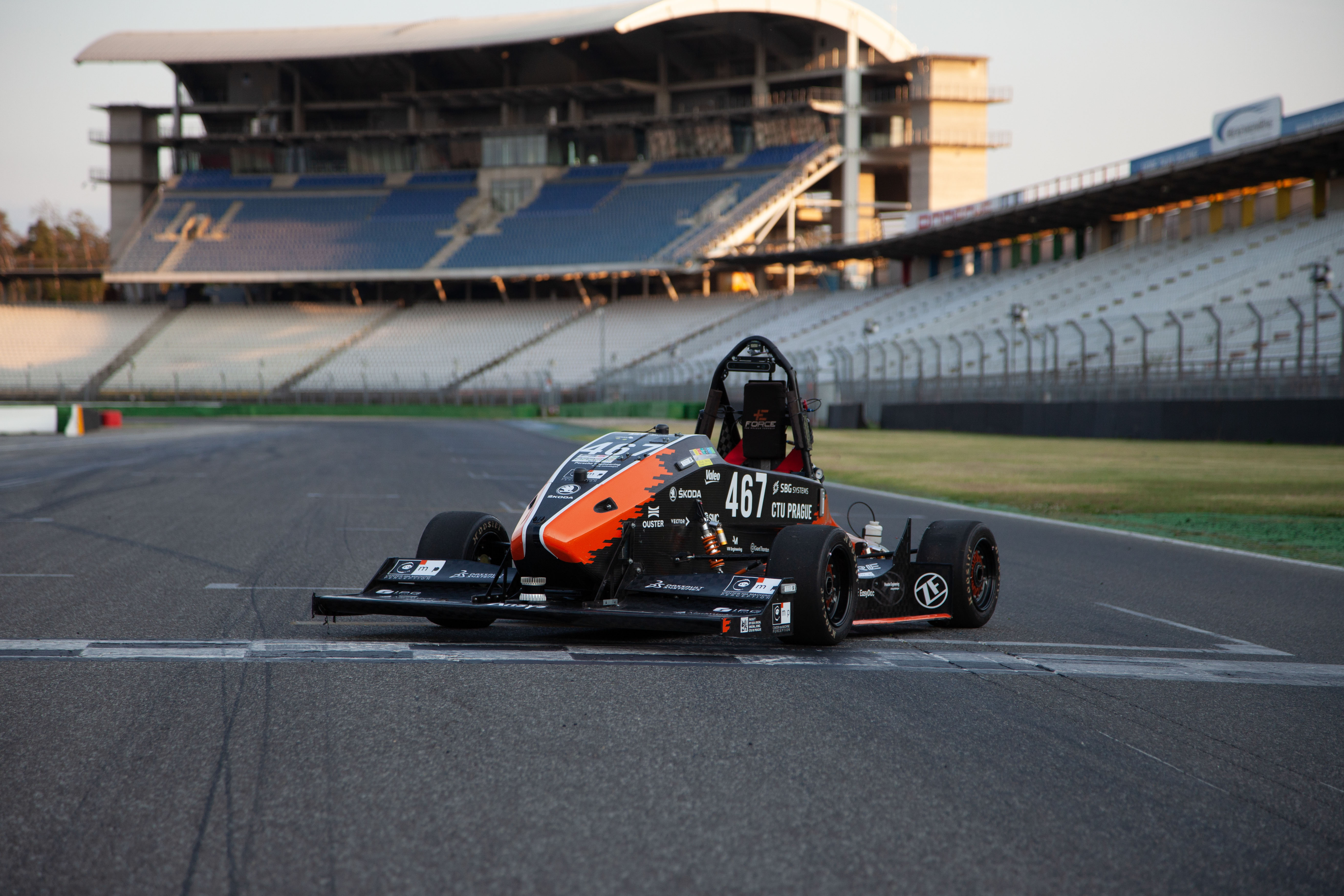 This season, the cones are sitll detected by stereo camera and LiDAR. We replaced the main computing unit with a more powerful Zotac MAGNUS EN72080V, thanks to which we are able to process scanned data faster using neural networks. The steering remained the same. Thanks to the power steering located directly in the vertical steering rod, we are able to accurately correct the trajectory of the formula. 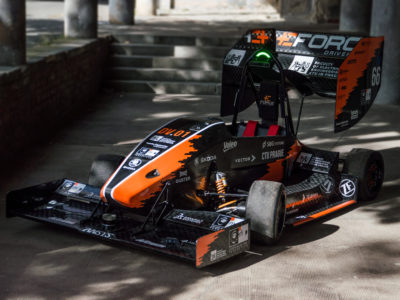 In the 2020 season, the team constructed the historically first autonomous electric formula in the Czech Republic. The self-steering monopost was created using the mechanical design of the FSE.07 monopost, which, however, underwent a complete reconstruction from the electrical point of view. The newly formed group in the team had to deal with many new problems such as sensing and recognizing the surroundings, calculating the ideal trajectory, the steering system or the emergency braking system.