Dynamic disciplines at the Yas Marina circuit in Abu Dhabi

Dynamic disciplines at the Yas Marina circuit in Abu Dhabi
On Saturday, the day finally came when we were let into our makeshift pit at the test track of the Yas Marina circuit. We spent the whole morning in these areas servicing our formula after a long journey at sea. In the afternoon, our monopost was ready and we had the opportunity to test. So we went to the track, but after a while we were betrayed by the cooling. The front cooling circuit was aerated and the water pumps began to "idle" due to lack of water. This defect forced us to return to the pit, where we found damage to the hose in the shape of a cobra bite. After a quick change and refilling of the front circuit water, we went to the test area again. Both of our pilots took turns in the car and set the necessary parameters of the driving systems for Sunday's dynamic disciplines. We had a good feeling at the end of the day! Before leaving the pits, we blew the brakes in practice and started charging the battery for the first morning rides. After recharging the battery, we headed to the hotel and enjoyed a little well-deserved rest before the next demanding day. 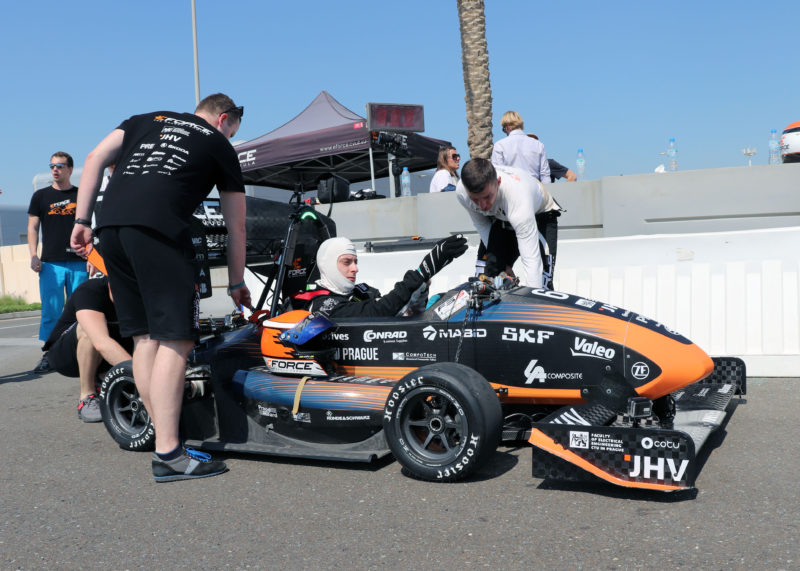 After Saturday car service and preparation for dynamic disciplines we headed to our drink on Sunday morning right after breakfast. After Saturday's tests, we checked the front brake circuit and replaced the rear transmission oil. After a short recharge of the battery and balancing the cells we were ready to get on the track.

At ten in the morning we started acceleration and after several consecutive rides the pilots immediately headed to the shadow of our team tent to set the parameters toformula for skidpad. We accelerated 3,3 seconds in the acceleration!

At the skidpad again, our formula showed what it has in it. After 4 rides, our pilots managed to drive just under 4,9 seconds. The times we drove on the Yas Marina circuit were good not only because of the tuned formula and performance of our pilots, but also because of the perfect local track surface and well-warmed tires. 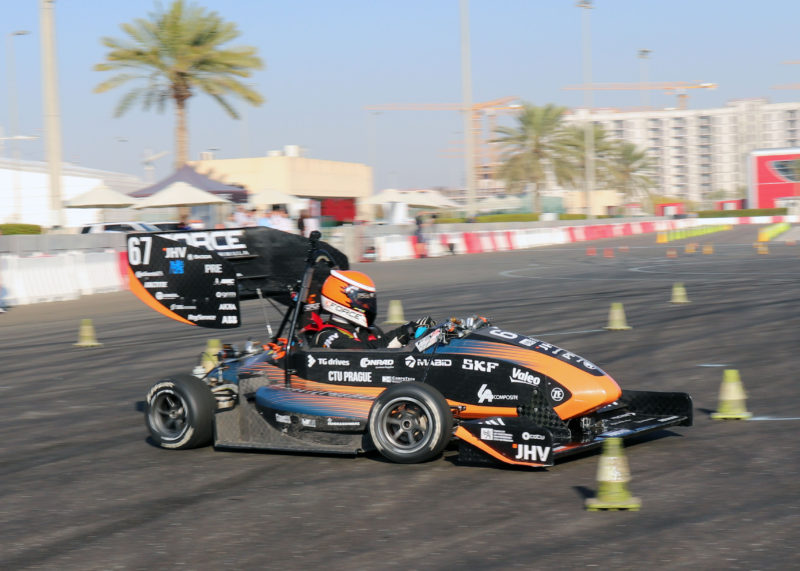 After recharging, we re-entered autocross with the expectation of very fast times. Our pilots did not let themselves be encouraged to ride well. They drove very good times, which were a little spoiled by only some defeated skittles. Right after four autocross rides, we fully recharged the battery again and we were ready for the longest race - Endurance.

In the first half of Endurance, we set fantastic times and the formula on the track was so fast that an inexperienced spectator could have trouble watching our monopost at all. In great times, we were affected only by a software error, which caused the traction system to shut down when the pedal was accidentally depressed. The formula stopped several times during the race due to this mistake, but it was not a problem to start it again and pass the skittles and palm trees next to the track again. Our co-pilot also held good times, but a few laps before the end of the race, the pilot showed a low battery on the dashboard. The pilot stopped at the members of the electrical engineering group for safety, and after assessing the condition, we decided to end the race prematurely to prevent damage to the battery cells by low voltage. All members were sorry for the early termination of Endurance, but safety for us was logically in the first place. 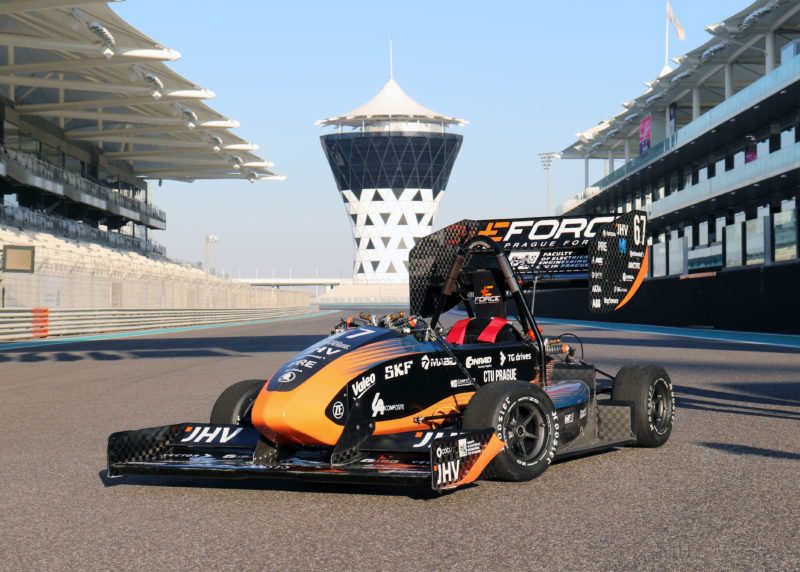 After analyzing the data and battery voltage, we found that more than 25% of the battery power remained. Unfortunately, the battery indicator was inaccurate, so we could not correctly judge that we could continue driving.

Despite the unfinished endurance we were satisfied with the performance of the car and the pilots. We got a lot of new data and mainly experience on a new surface. The bead at the end of the day was a photo shoot on the finish straight of the main circuit Yas Marina.

By carefully monitoring our social networks you will not lose these photos!

Thank you for your support, because even without you we wouldn't have been able to drive around the Yas Marina circuit in the United Arab Emirates. 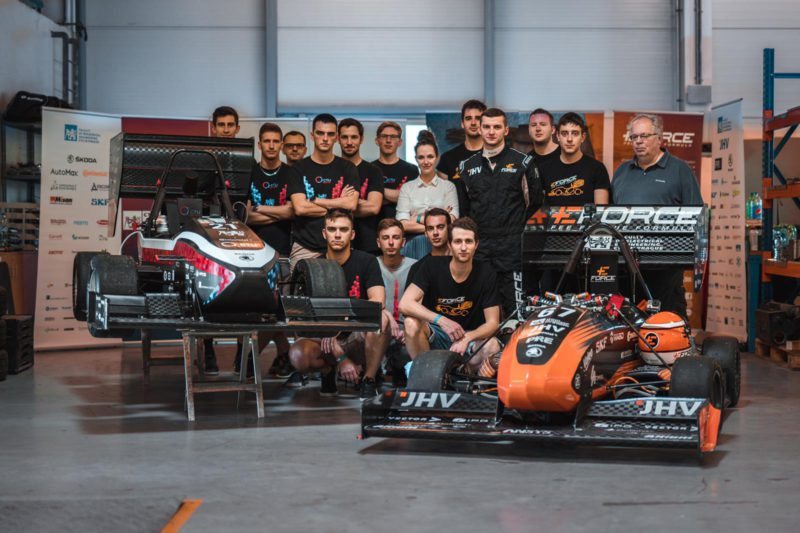 Some photographs were taken from photographer Adam Kadeřávek.