The end of the drama

The end of the drama

As soon as we had been picked up, we started on Saturday for acceleration and skid pad - unfortunately everyone has just made one attempt at us. We did a good performance at both of us, but we soon found out that when we accelerated, we failed the power limit - that is, we were running more power to the engines than allowed, and our organizers would probably not recognize us as valid. But there was no problem with the skid, and we ended up being dwarfed. 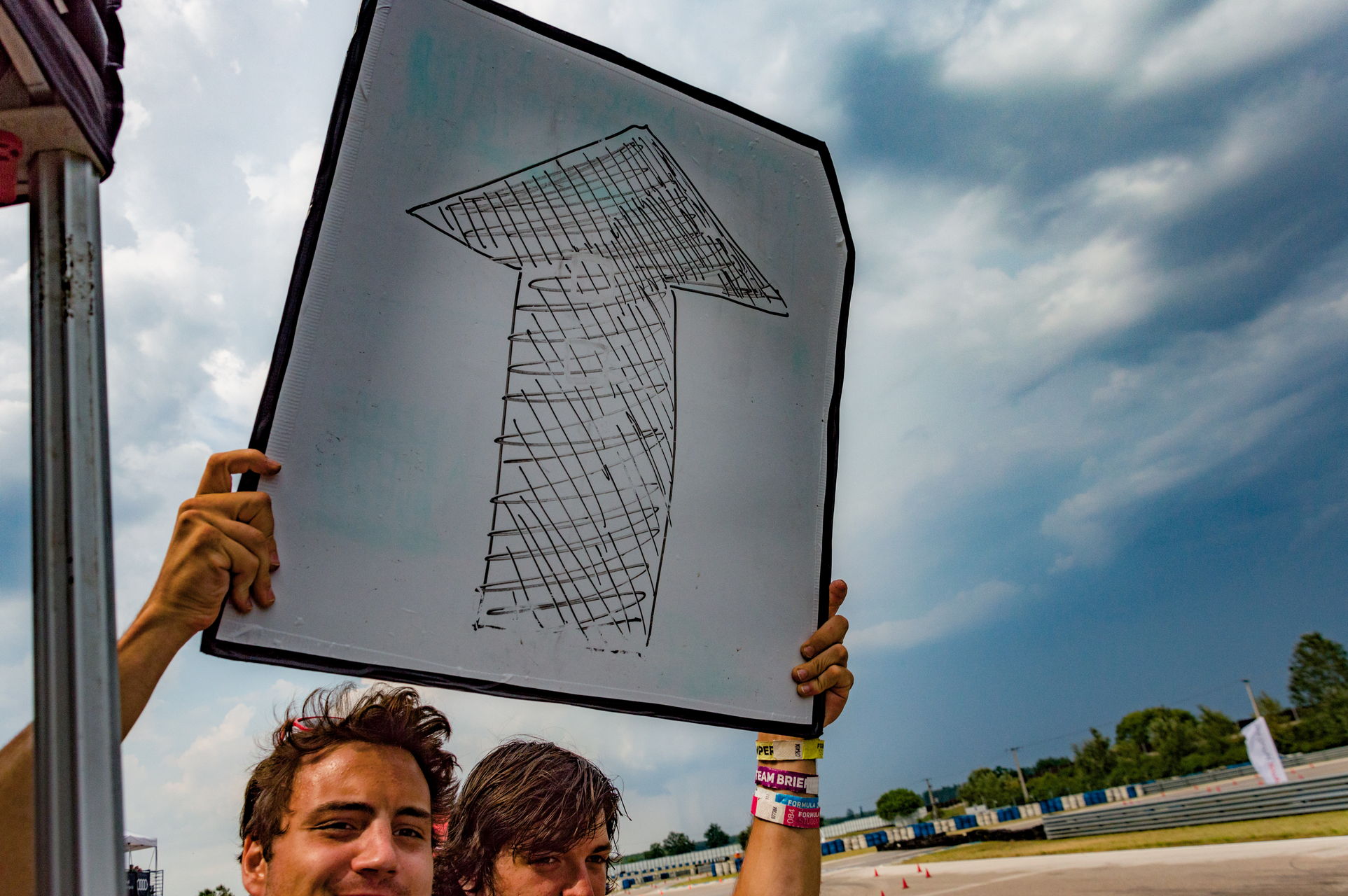 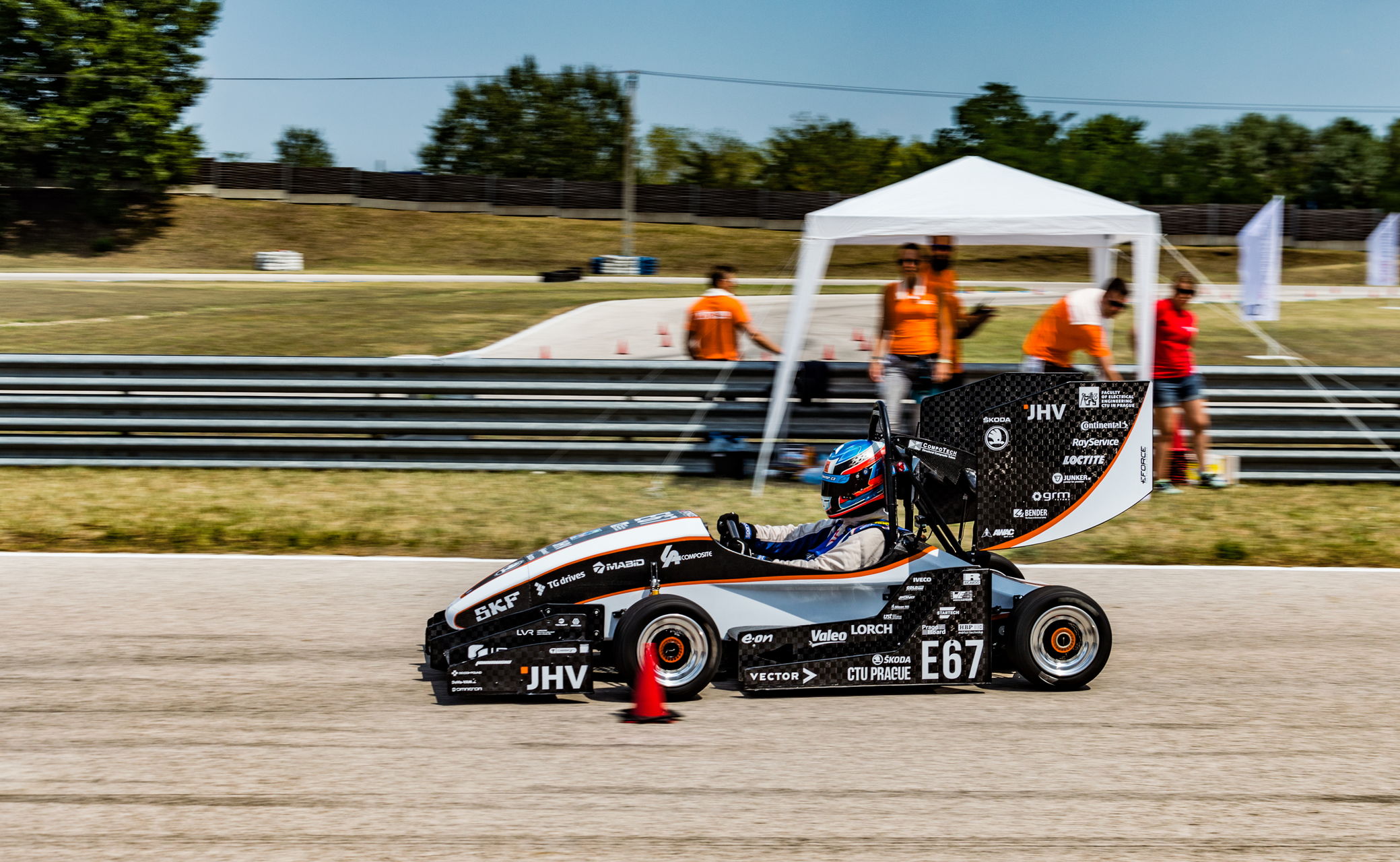 The problem was not even the autocross, when we were in the top five of the fastest teams for a long time, which caused a lot of rage at the racetrack. Eventually, however, we did not even get to the DACH and the Netherlands, even if our time was only about 2 seconds slower - and no other Eastern team (with the honorable exception of the Tallinn boys) did or did not come close to us. Surprisingly, in the Efficiency , that is, the economy of fuel consumption while driving, we have placed in a beautiful fifth place. 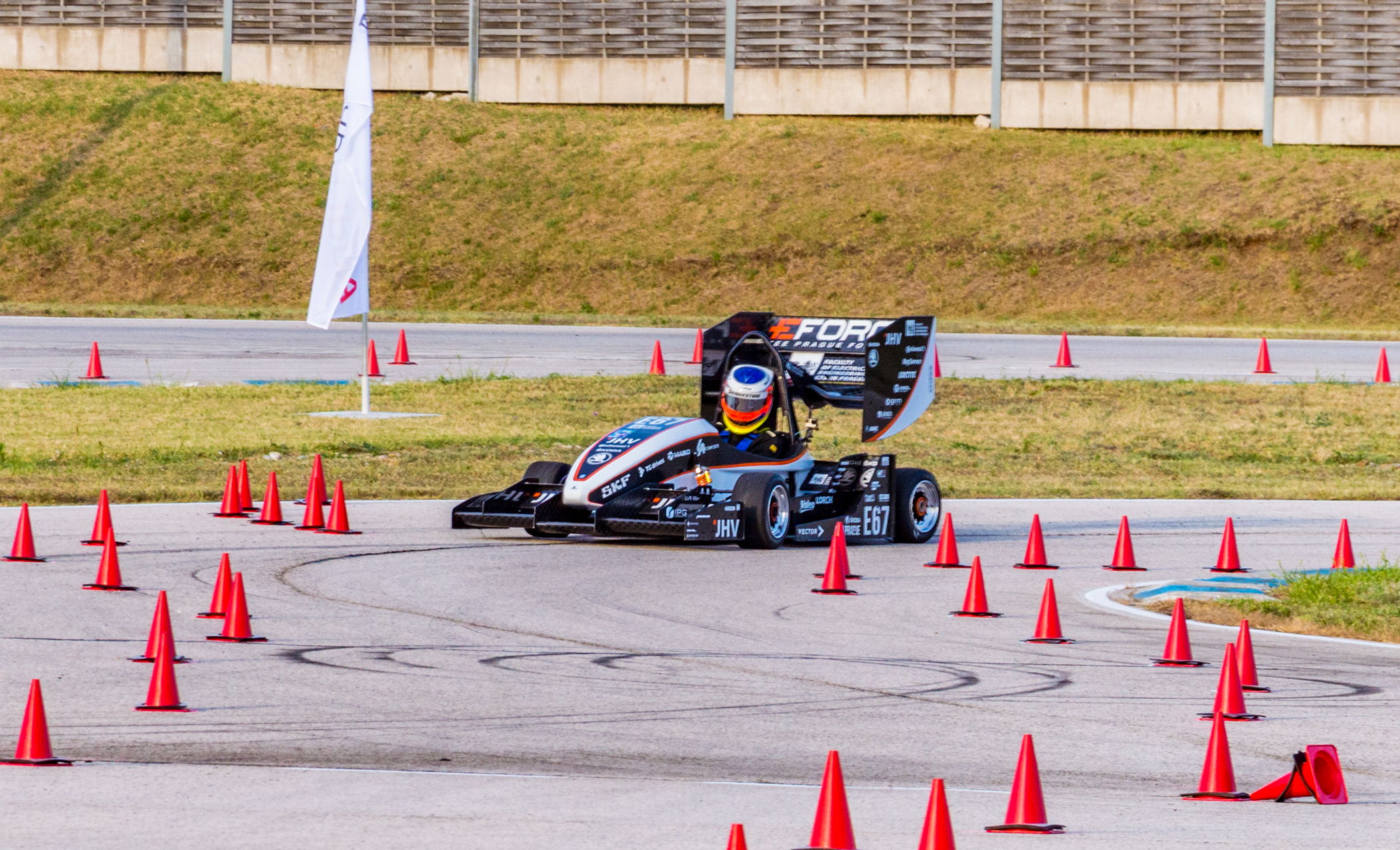 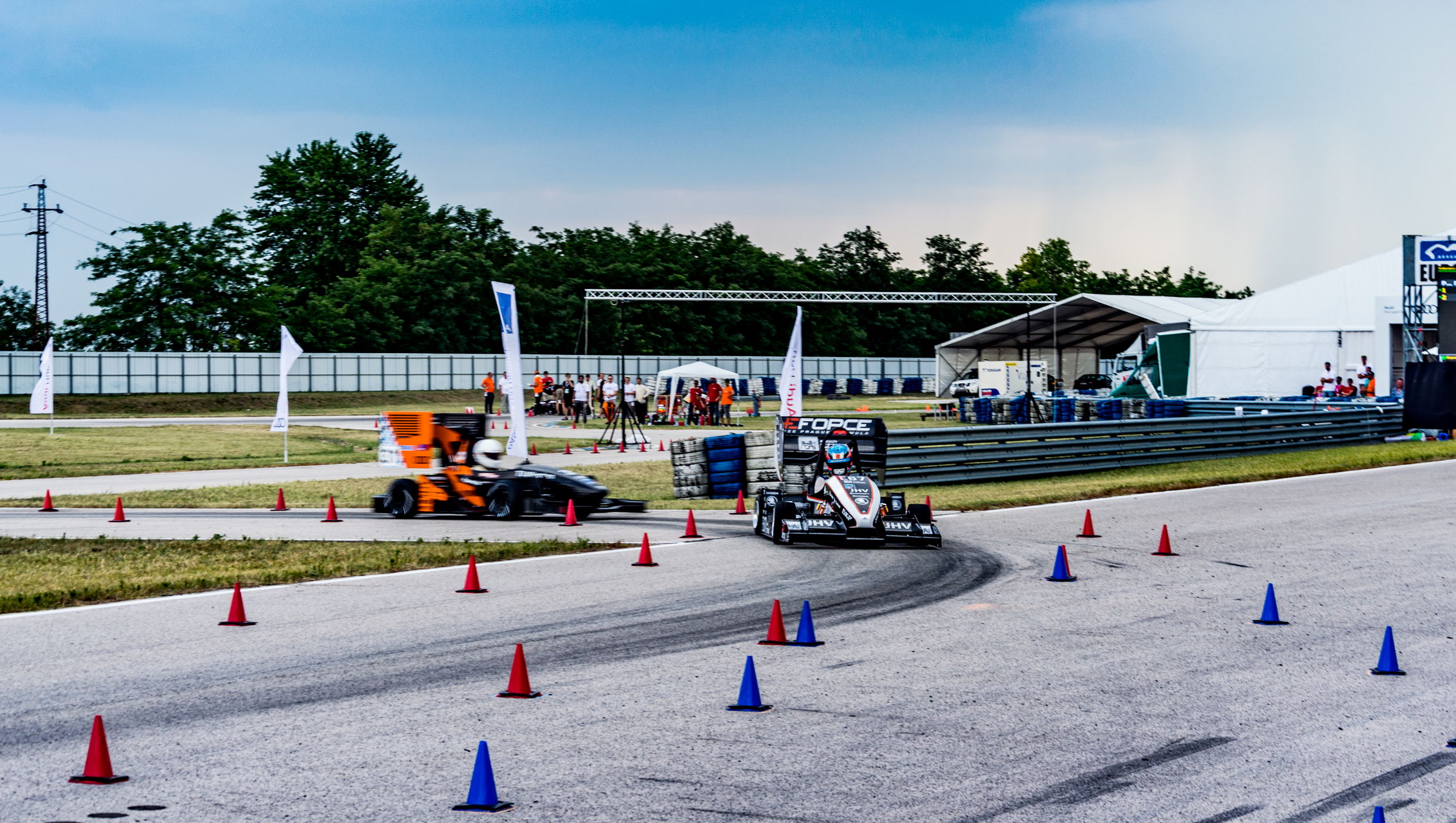 On the last race day - Sunday, too - was the endurance discipline Endurance, 22km race. We competed in a very good company - with TU Fast from Munich and AMZ from Zurich. At first, it was our goal to simply go, as we were afraid we would run out of battery too soon - in the end it was not a major problem at all. Soon after replacing drivers in the middle of the race, the rain came over the track and the rainfall started. Soon the track was closed and the teams were ordered to wear rubber. We did that and waited for the next. However, the organizers decided to leave the track fully dry and the teams were given the opportunity to re-ride on dry rubber. We did not go any further and decided to ride the last six rounds on rain tires - which caused us some slower times, but at least we eventually did the race with great reserve of battery - unlike our two competitors that did not reach the target neither. 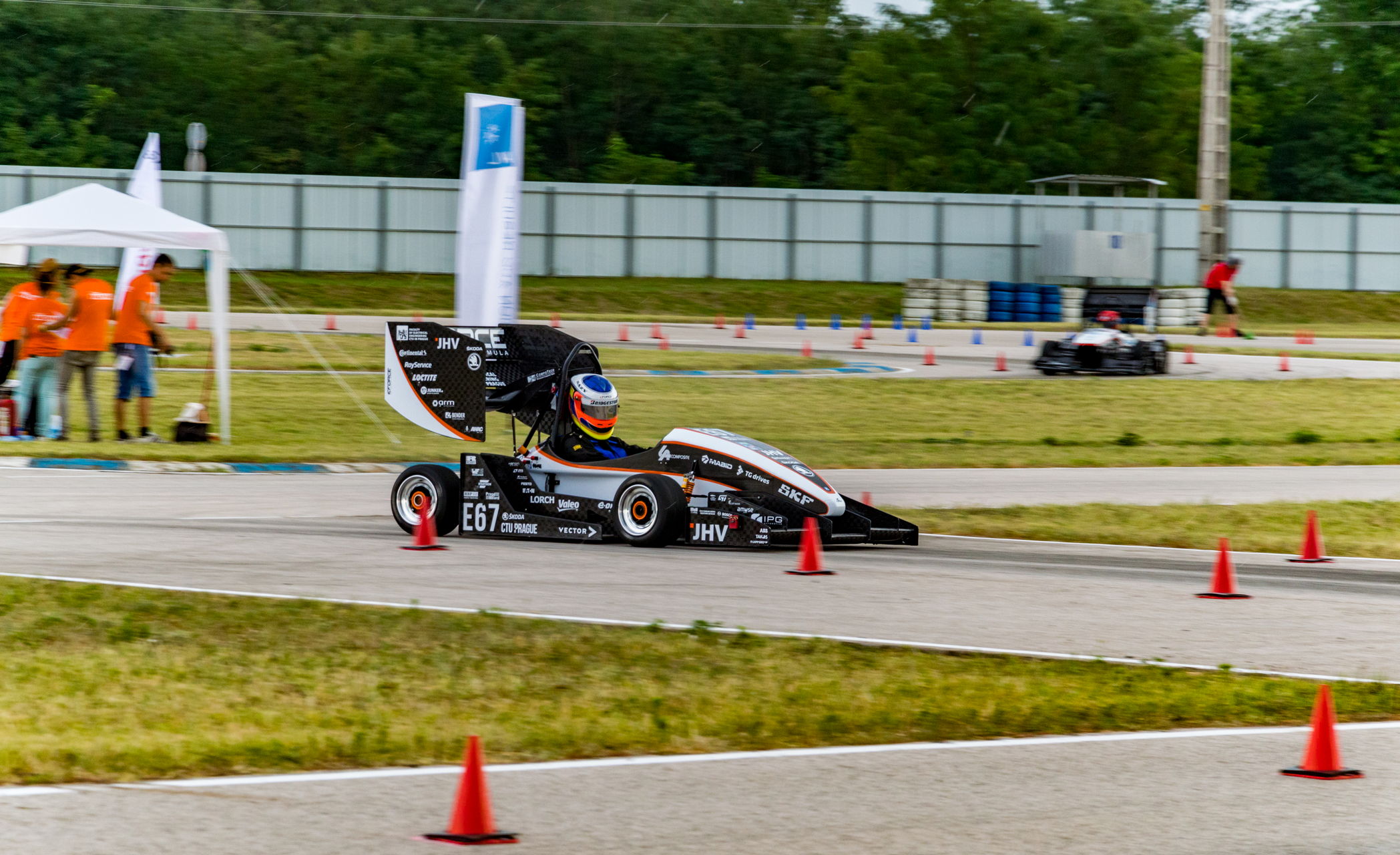 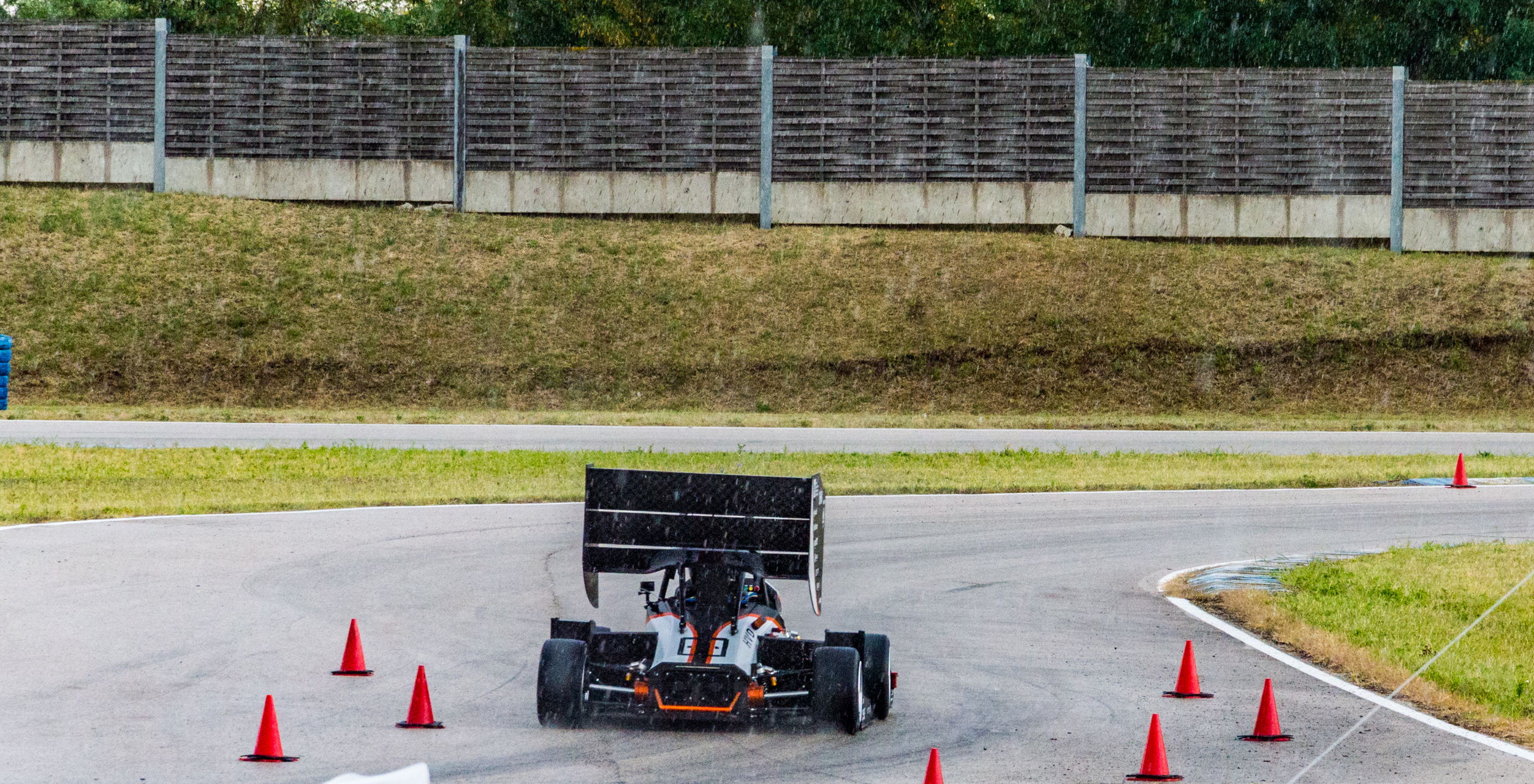 Also on Sunday night, the final results were announced. Overall, we were at the beautiful 12. a place from 38 world-class teams (for comparison, the AMZ Swiss team, which holds the world record of 0-100 electric vehicle acceleration, placed only a spot in front of us with a minimum point difference). 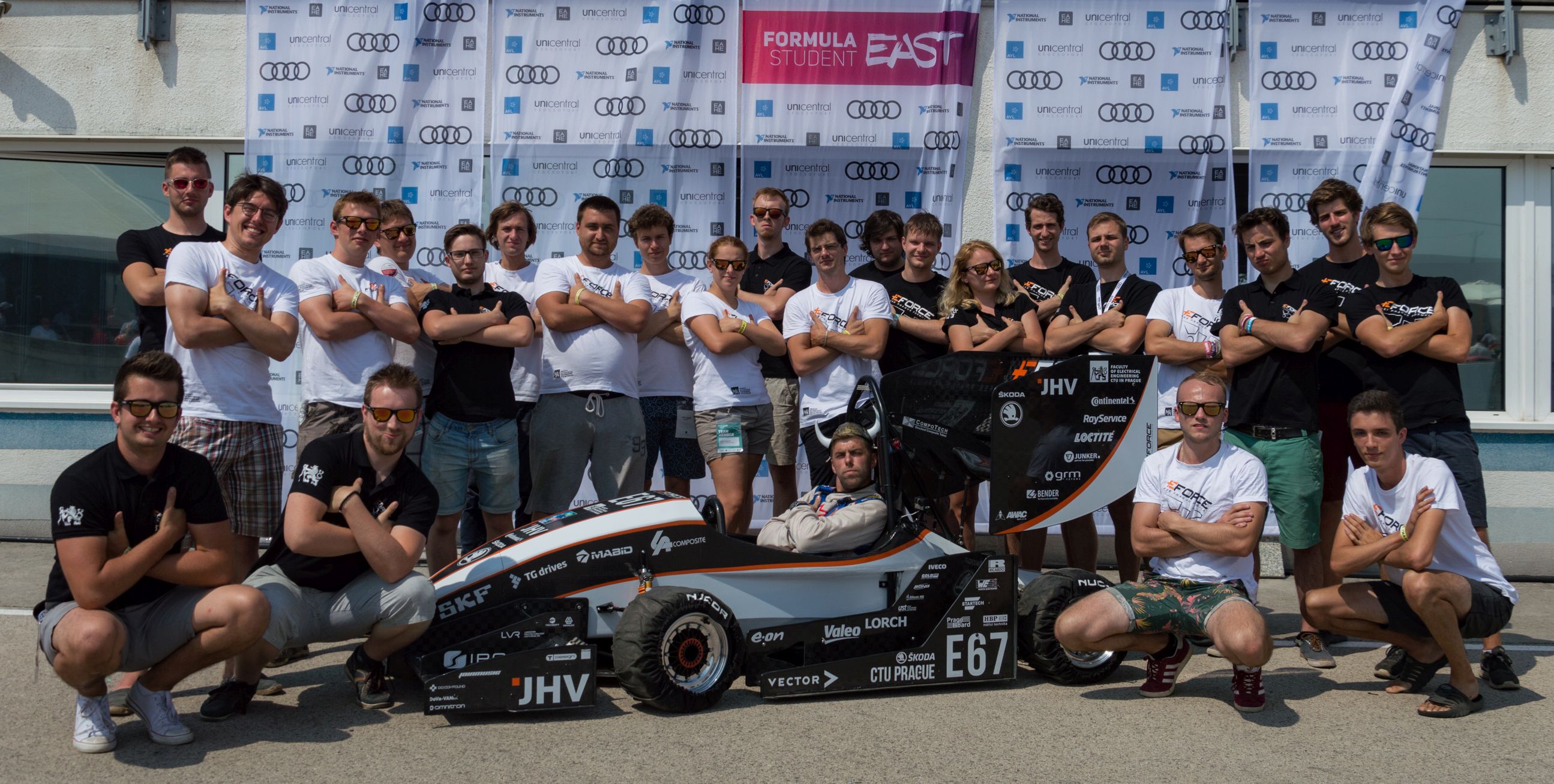