After the very successful end of the races in Most, we returned to the workshop on Sunday afternoon and started preparing at maximum speed for Monday's departure for the next races in Spain. For us, these are not only the culmination of the whole season with FSE.08, but also a great premiere. We visited the famous Circuit de Catalunya for the very first time in our history.

Due to the start time of registration at the racetrack on Tuesday from 15:00, we planned to leave Prague at Monday at 8:00, and above all expectations, we managed to leave quite in time. There were no complications on the way and before Tuesday's sixth morning we stood by the sea almost 100 km before the finish and enjoyed the breathtaking sunrise. Until the beginning of the registration, we only had a few target kilometers left, so we decided to stop for a jump in Barcelona. There we visited perhaps the most famous Spanish building, the Sagrada Família, or the famous La Rambla. After this very fast event, they just arrived at the racetrack, registered the team and started unpacking the necessary things, preparing a pit and building a camp. An exception compared to other races was the preparation of the "Social Area" which is used for cooking, and especially getting to know each other between the teams.

Wednesday started with the daily Team Captain meeting and Drivers meeting, followed by admission to our pit, where the preparations for all scrutineings could culminate. At the same time, we also made the latest adjustments to the throttle pedal to make it as readable as possible for our pilots. 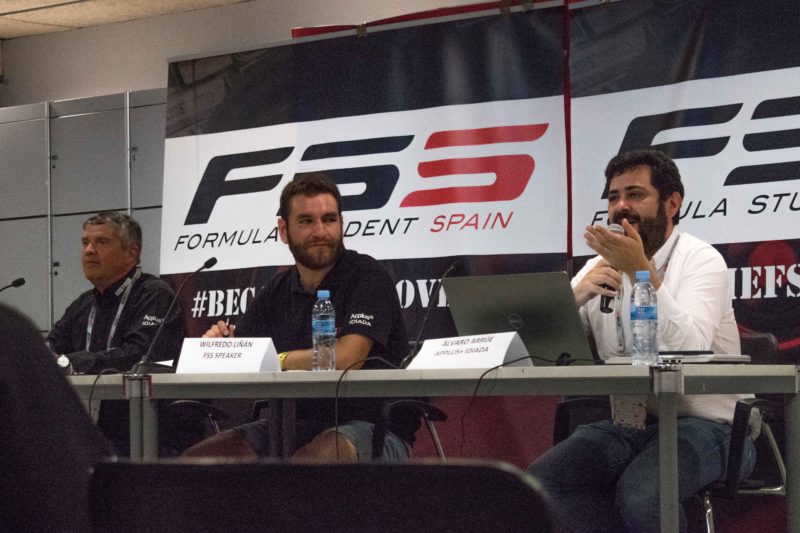 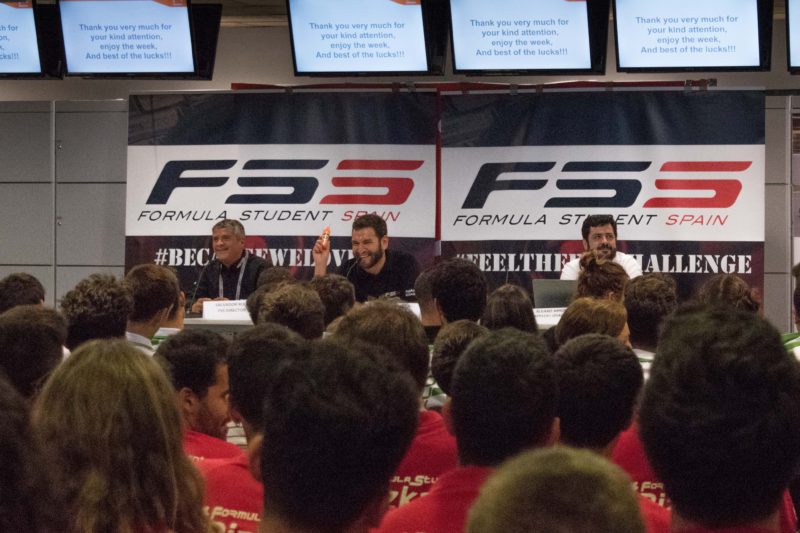 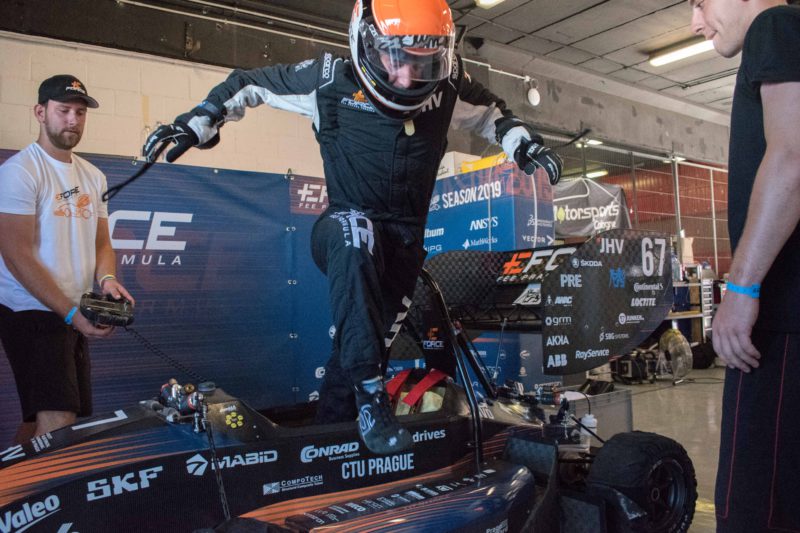 Unfortunately, the commissioners who carry out the pre-acceptance (so-called precrutt) arrived at our drink 20 minutes later. And even though we had everything ready and in order, the prescrutt ended later and we had to continue with the same delay. A big surprise for us was the concurrence of acceptance of the battery and the mechanical part of the car. However, we sent responsible people to both parts and hoped for a smooth process.

We were very pleased to find out at the battery acceptance that our charger finally passed without the slightest problem. But even so, there were a few problems that we had to fix in our depot. One of them was the non-functional disconnection of the battery from high voltage when the current sensor was disconnected, as well as when the disconnection of the BMS system due to a fault was simulated. At the same time, the commissioners did not like our connection of precharge resistors, for which we had to change the configuration because the maximum current exceeded the allowed values ​​of the relay. Everything was repaired before lunch, and we were then able to join the queue and complete the acceptance. This time we arrived at another inspector, who approved everything, and stopped at our own BMS units, which he really liked. Despite the very smooth final course, the acceptance stretched anyway and we were able to celebrate the next part of the acceptance around half past five. 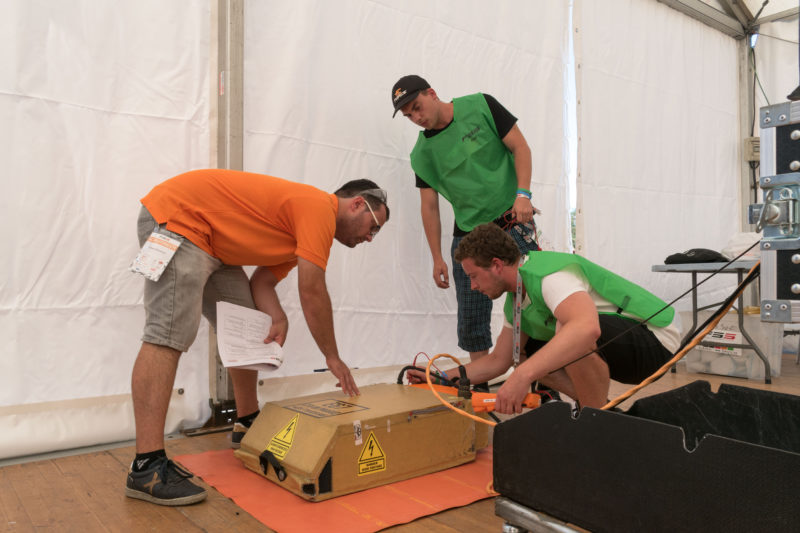 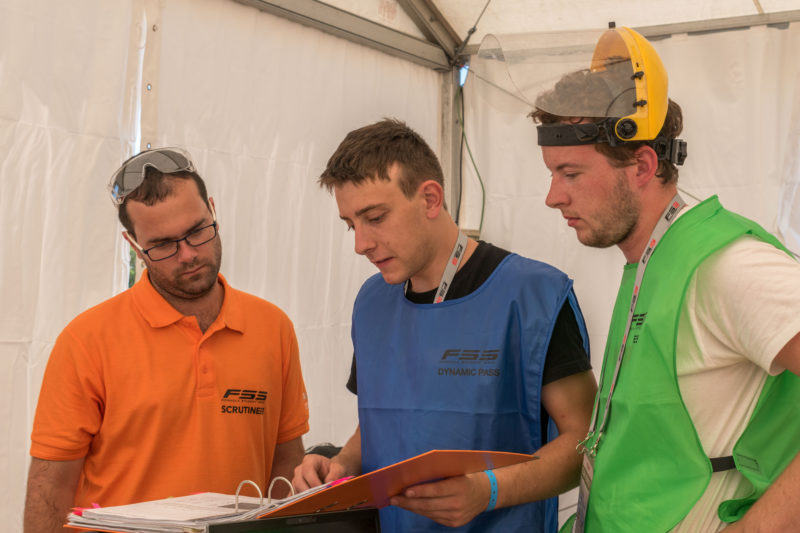 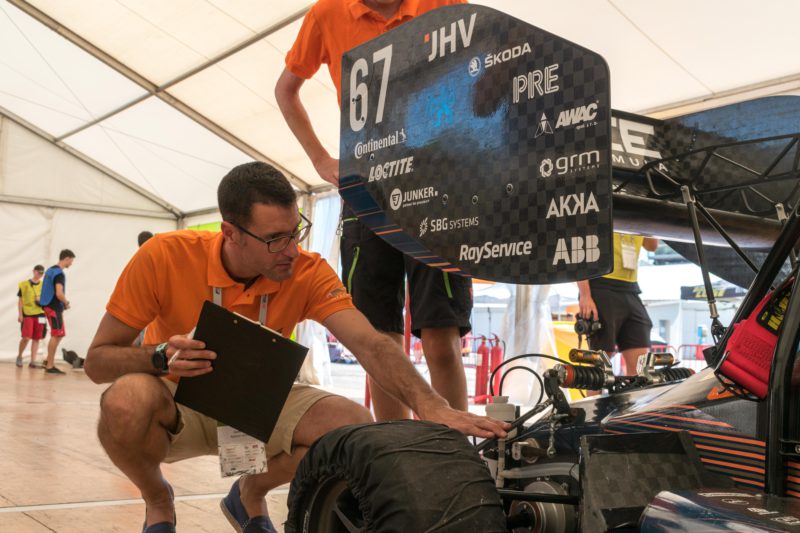 At the mechanical inspection, they inspected the car to the last bolt and most of its parts were found to be safe and according to the rules. Unfortunately, we still had to fix and redo a few details. One of them was the reinforcement of the splitter and the modification of the belt flip-flops. Unfortunately, it took more time than we expected, so it was clear that we would have to leave the rest of the mechanical inspection and other parts for the next day.

To make the day really exciting, Tomáš Omasta went to the Business Plan presentation at 18:00, where he presented potential investment plan eForce Lift to potential investors.

The specialty of the Spanish races was the Cultural Dinner on Wednesday evening, at which each team prepared a national dish and we all tasted each other. We prepared a traditional tomato sauce with bread dumplings and meatballs for the other teams, which was a great success. After exploring the secrets of foreign cuisines, we went to bed to be ready for Thursday, when we will not only complete all the inspections, but also the presentation of the Cost Report and Engineering Design Report! Keep your fingers crossed for us and look forward to the next article! 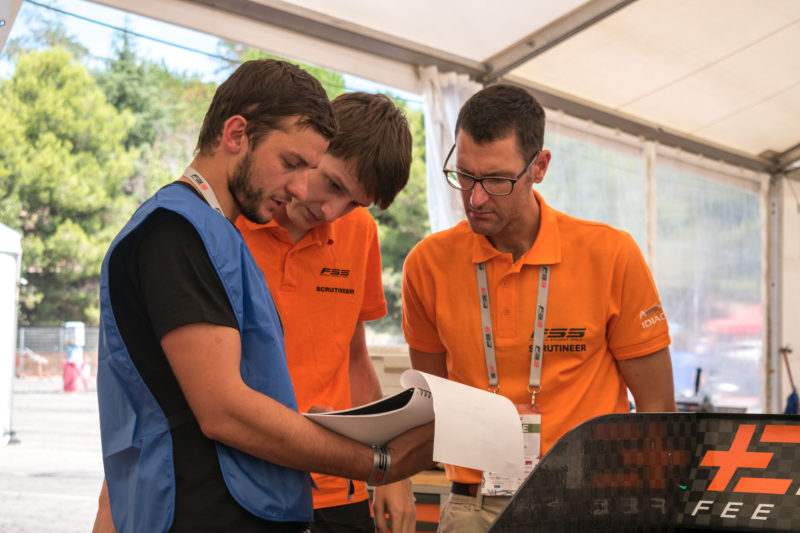 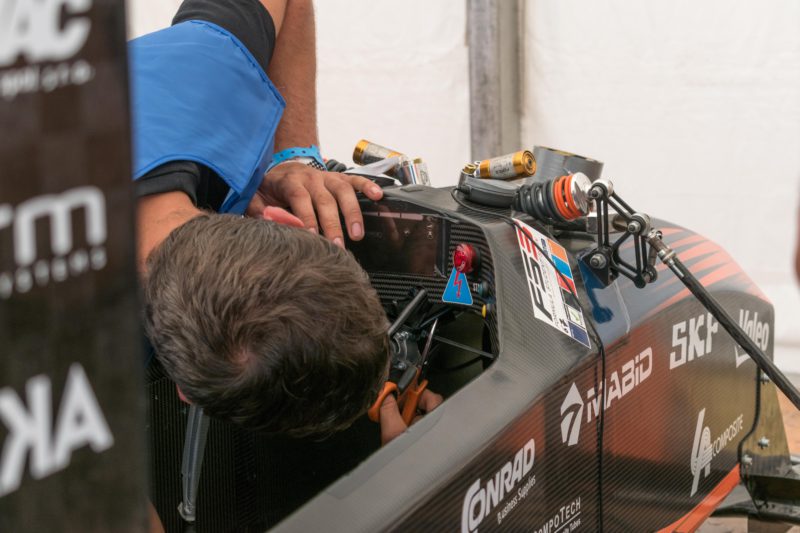 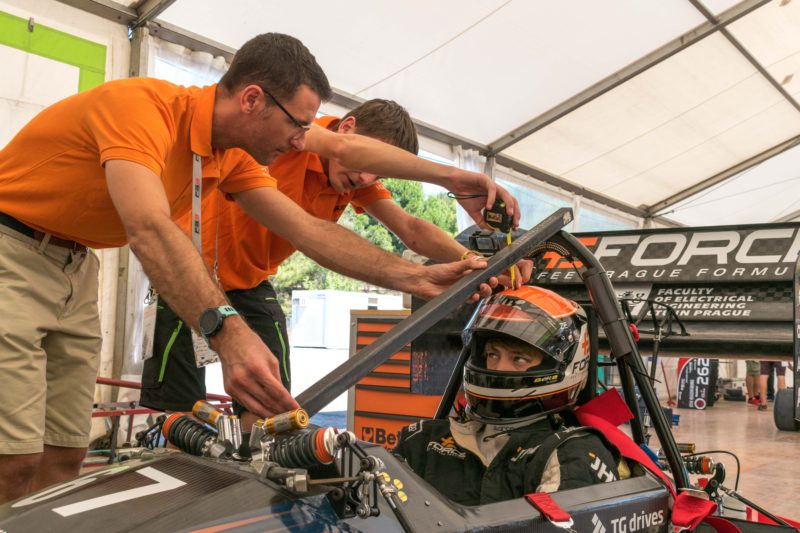