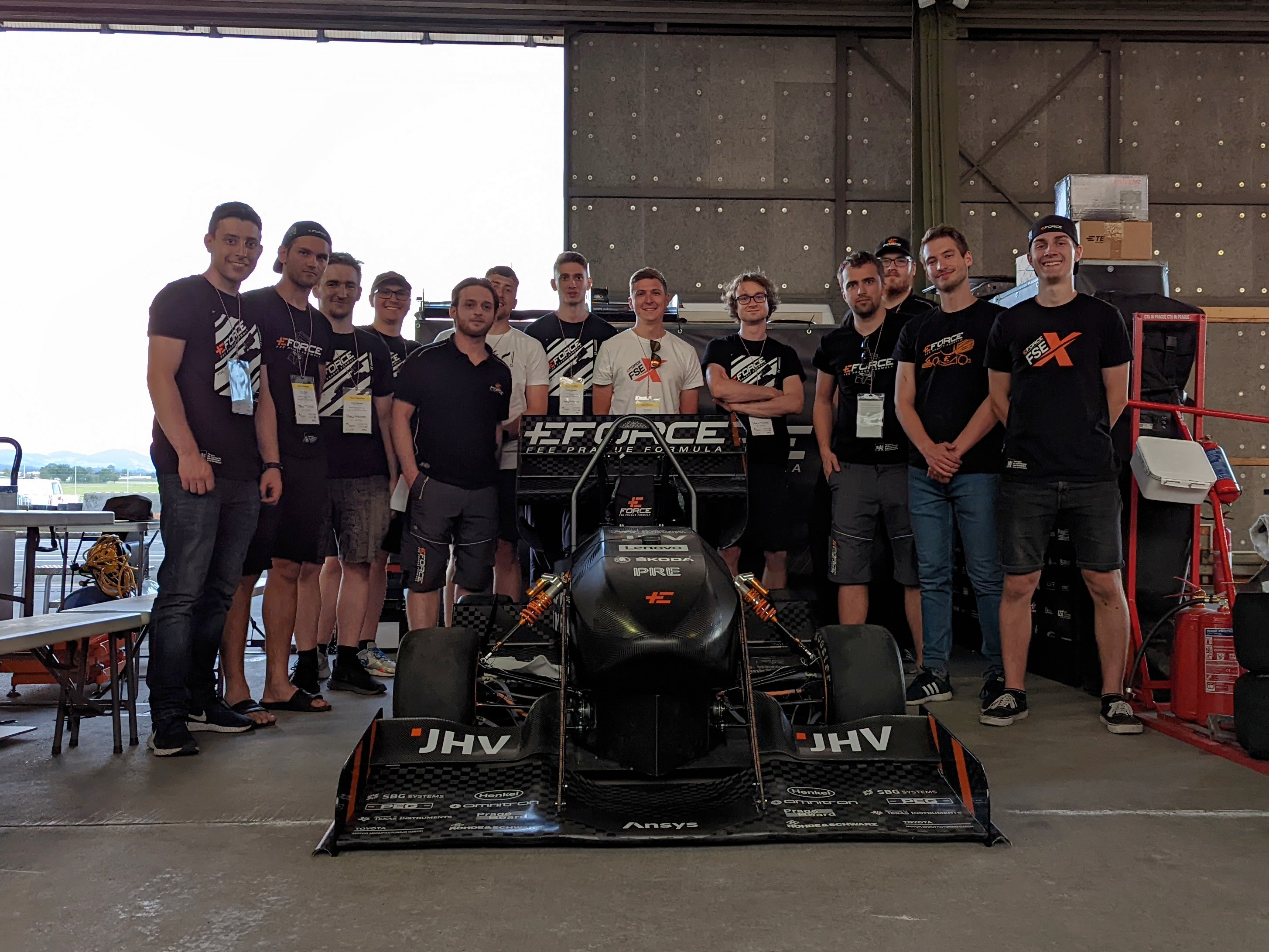 The first races of the season are a big unknown for every Formula Student team. Will everything be possible logistically, have we not forgotten any detail from the rules, will the car perform well in terms of good times while maintaining the required reliability? These are all unknowns that we came to Zurich, Switzerland with the eleventh FSE.11 piloted single-seater to solve. The situation was made all the more complicated by the fact that the entire team had to split up for the first time in history and went to two different races at the same time – the autonomous formula team visited Varano, Italy. You can find a detailed report <a href="https://cdn.shopify.com/s/files/1/1932/8043/files/200721_ODSTOUPENI_BEZ_UDANI_DUVODU__EN.pdf?v=1595428404" data-gt-href-en="https://en.notsofunnyany.com/">here</a>.

On Tuesday, we set off early in the morning to arrive at our final destination after about 10 hours of travel. After registering the team, we also successfully built a tent camp, a pit for keeping the formula and working on it, and a so-called social area for cooking and evening meetings with other teams. So we could go to sleep in peace and concentrate on the first big day.

On Wednesday, we managed to go through the battery acceptance and initial pre-inspection already in the morning. Two of our pilots tried the sharp Egress for the first time as part of this check - the ability to leave the formula within 5 seconds in an emergency. Despite several humorous moments during the jump, we managed everything successfully. In the afternoon, we then worked on mastering the demanding mechanical acceptance, when at the end of the day we had already completed more than 80%. The rest of the team tried to prepare for the static disciplines the next day.

On Thursday, in the morning, we started the Cost report and then also the highest-scoring static discipline, Engineering design. In both cases, the judges liked our work very much, but the final inconsistency between the individual sections did not let us into the final three. In the afternoon, however, the first significant success was achieved, namely the promotion of the top three teams to the finals in the Business plan discipline. We also managed to complete the mechanical acceptance and start the electrical inspection promisingly. 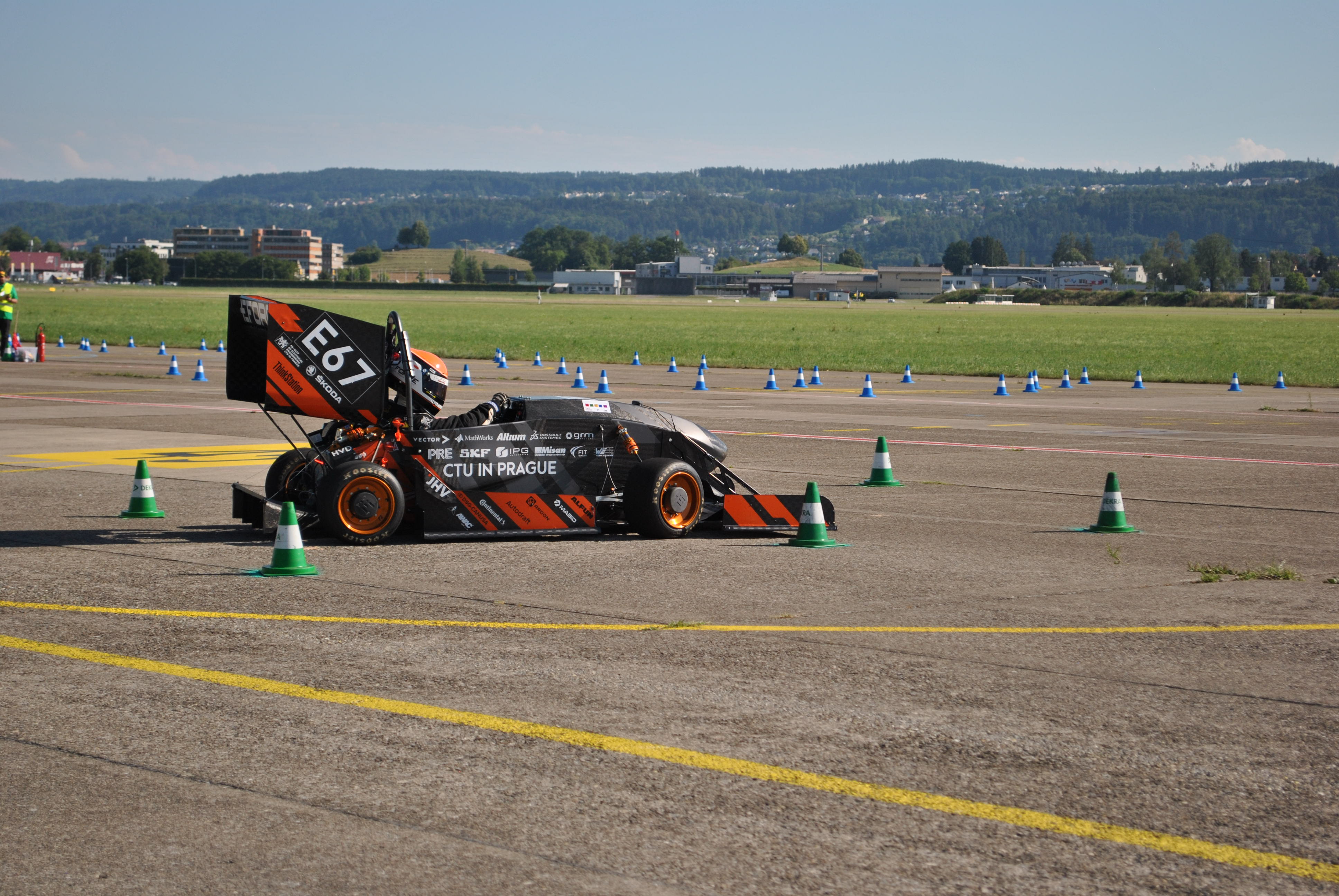 Friday marked the completion of all acceptances. In addition to the electrical inspection, we passed the Rain test as well as the Brake test, in which the successful locking of all four wheels was far from a given for other teams. In the evening, we then adjusted the final settings of the car for the dynamic disciplines and completed the first static final of the year in the Business Plan. We correctly adjusted the presentation according to the feedback from the opening round and, despite very good competition from the world's best teams, they mastered the discipline again after four years!

Saturday belonged to three dynamic disciplines. In the first two mornings – Acceleration and Skidpad – we benefited both from the unpreparedness of our opponents, who in many cases still completed passing, and from the speed of the car and won both disciplines in very good times. We finished the afternoon Autocross in third place overall when our best times were unfortunately canceled due to a leak in the brake system. However, we entered Sunday's final Endurance from an excellent starting position.

The Royal Endurance Discipline started right from the morning and our pilots performed steadily on the challenging slow and very twisty track. For the first time, a race management system from the "pit wall" was also used, where a part of the team with accurate split times and a continuous point standings set the pace for the drivers. A pace just right to be able to win the discipline while minimizing the risk of a breakdown.

Succeeded! The victorious Endurance also sealed the overall victory at the very well-attended FS Switzerland races. We left behind such a famous team as the home university ETH Zurich. With a total of five first, one second and one third place, we will definitely be happy to return to Lake Zurich in the future. Thank you for your support so far and for the next one. We still have a challenging season ahead of us and the bar is high! 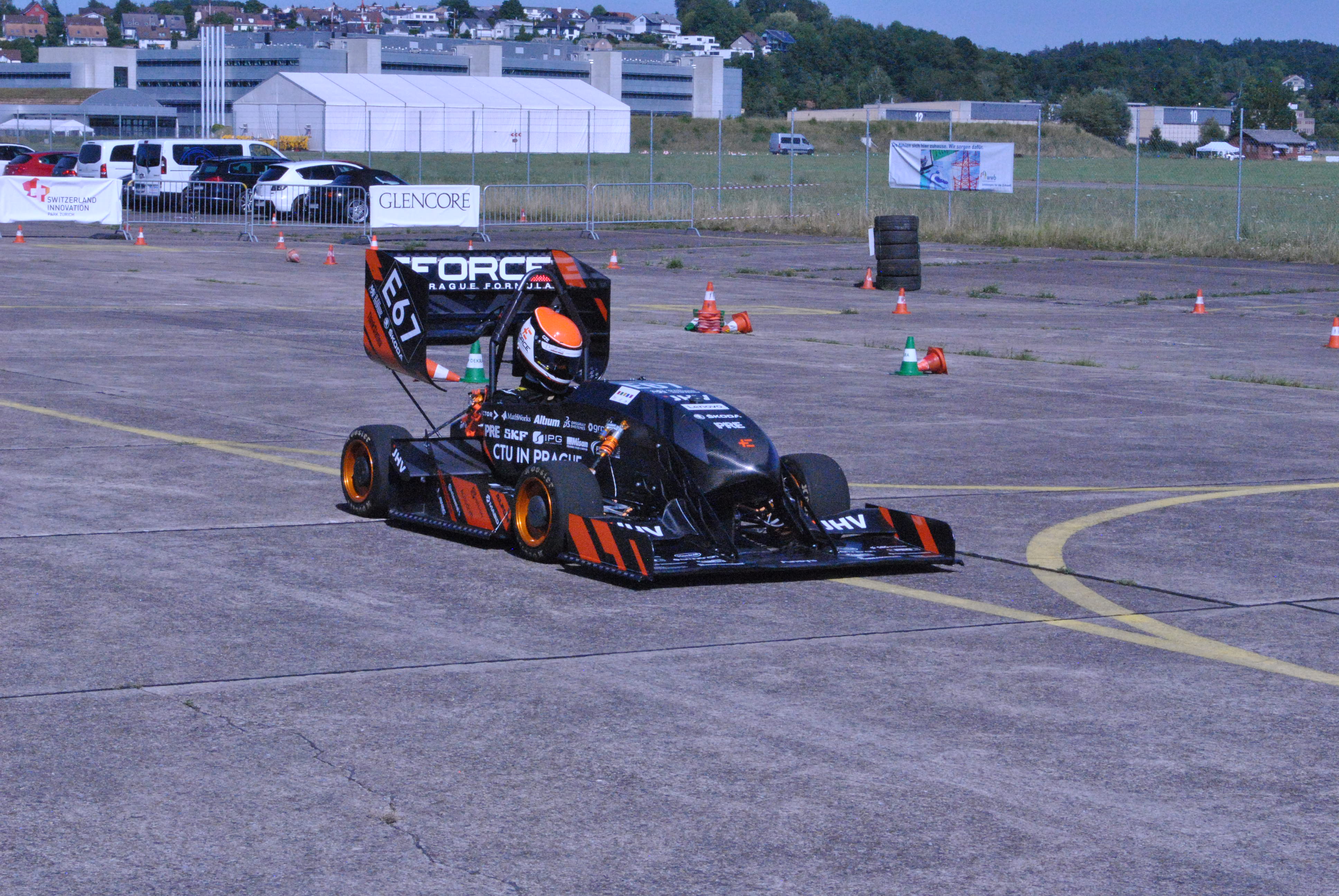